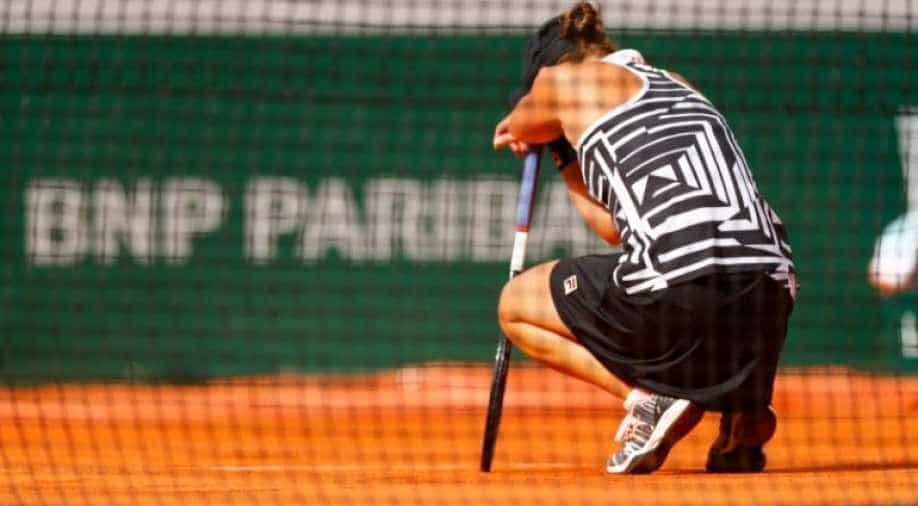 Third seed Nadal delivered a clinical performance against local player Richard Gasquet to celebrate his 35th birthday with a 6-0, 7-5, 6-2 win.

All the men`s Big Three moved on at the French Open on Thursday as top seed Novak Djokovic and defending champion Rafael Nadal both claimed straight-set wins while Swiss great Roger Federer dropped one set but went through Marrin Cilic`s test to advance.

Third seed Nadal delivered a clinical performance against local player Richard Gasquet to celebrate his 35th birthday with a 6-0, 7-5, 6-2 win.

"I respect (him because) I know how good Richard is," Nadal said.

"I know he`s coming back after a tough period of time. I think he played smart, played aggressive. I just went on court with highest respect, with the highest focus possible, and that`s what I try to do every day against everyone."

Nadal improved his overwhelming record against Gasquet to 17-0, which is one of the most lopsided head-to-heads in Open Era history.

The King of Clay will next face Brit Cameron Norrie, who came from one set down to defeat South Africa`s Lloyd Harris in an earlier match. As Nadal is aiming to win his 21st Grand Slam title to break the tie with Federer and take sole ownership of the all-time record for most Grand Slam men`s singles titles, his arch-rival also had the same goal.

"I feel like I surprised myself a little bit. I didn`t expect myself to play that well or to have the energy left at the end like this and being able to keep on serving so consistently at the end was great," said the 39-year-old Federer, who is the eldest men`s singles player in the main draw at Roland Garros.

World No.1 Djokovic secured a comfortable victory 6-3, 6-2, 6-4 in his first career meeting with Uruguayan Pablo Cuevas to clinch a last 32 spot in Paris for a 16th consecutive year.

The Serbian, bidding for a second clay-court major title and 19th in total, was drawn in the same half with Nadal and Federer, which means only one of the Big Three could make it into the final.

On the women`s side, top seed and 2019 Roland Garros champion Ashleigh Barty was forced to retire during her second-round match against Magda Linett. The Australian World No.1 was unable to continue playing due to a left hip injury when trailed by 6-1, 2-2 in the match with Linett.

"It`s heartbreaking. I mean, we have had such a brilliant clay-court season, and to kind of get a little bit unlucky with timing more than anything to have something kind of acute happen over the weekend and just kind of run out of time against the clock is disappointing," said the 25-year-old, who arrived in Paris in good form with a title in Stuttgart and a final-appearance in Madrid.

Karolina Pliskova was the other high-ranked seed player who suffered a second-round exit on Thursday, as the ninth seed was defeated by former U.S. Open champion Sloane Stephens in straight sets 7-5, 6-1 in just an hour and a half.