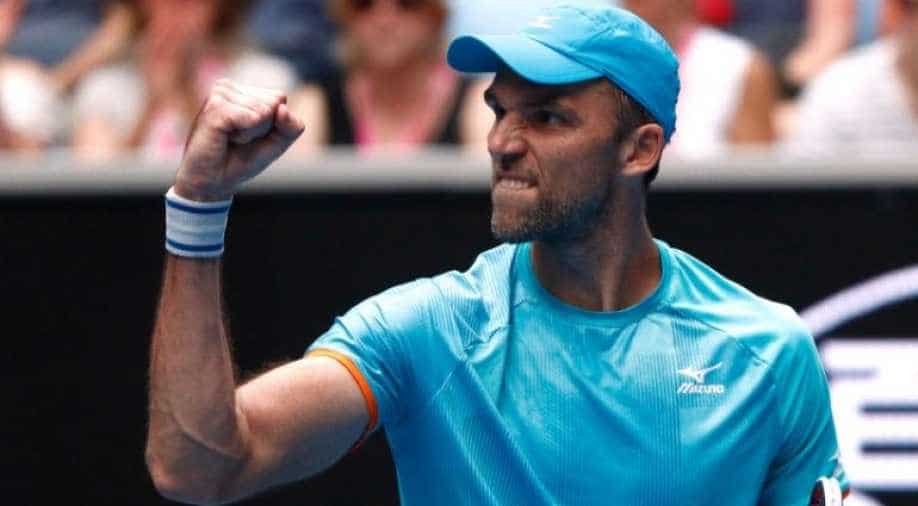 Karlovic, who turned 40 in February, won in a match featuring players with a combined age of 77 - the oldest in a Grand Slam in the professional era

Croatia's Ivo Karlovic became the oldest man to win a match at the French Open for 46 years on Tuesday as he beat Spain's fellow veteran Feliciano Lopez in a first-round duel.

Karlovic became the oldest man to win at Roland Garros since Torben Ulrich in 1973 at the age of 44.

He is also the oldest male player to win a Grand Slam match since Ken Rosewall, also 44, did so at the 1978 Australian Open.

The last player to contest a Grand Slam singles match having turned 40 was American Jimmy Connors at the US Open in 1992.

Croatian giant Karlovic fired down 35 aces on his way to a second-round clash against Australian youngster Jordan Thompson.

The evergreen Croat made light of his age to outlast left-hander Lopez.

"I was out for almost two months, so I am really happy that I was able to win today," Karlovic said.

Karlovic, ranked 94, had decided against playing any claycourt tournaments in the build-up to Roland Garros where he has never gone past the third round.

But there was nothing rusty about his serve, not giving Lopez a sniff of a break in the opening two sets.

He took the first set on a tiebreak but did not engineer a breakpoint on the Lopez serve until pouncing with his opponent 5-6 down in the second set.

Almost inevitably the third set went to another tiebreak and when Lopez missed a routine volley at 5-5 it handed Karlovic a match point, only for him to be denied by a lucky backhand return that left him floundering at the net.

A fifth set loomed when Lopez led 5-2 in the fourth set but Karlovic rattled off five straight games to move through.

In a performance of old-school skills, he won 65 points at the net.

"Right now I'm just happy with any match that I win. Even if it's against older guys or kids, whatever. I just like to win," Karlovic said.