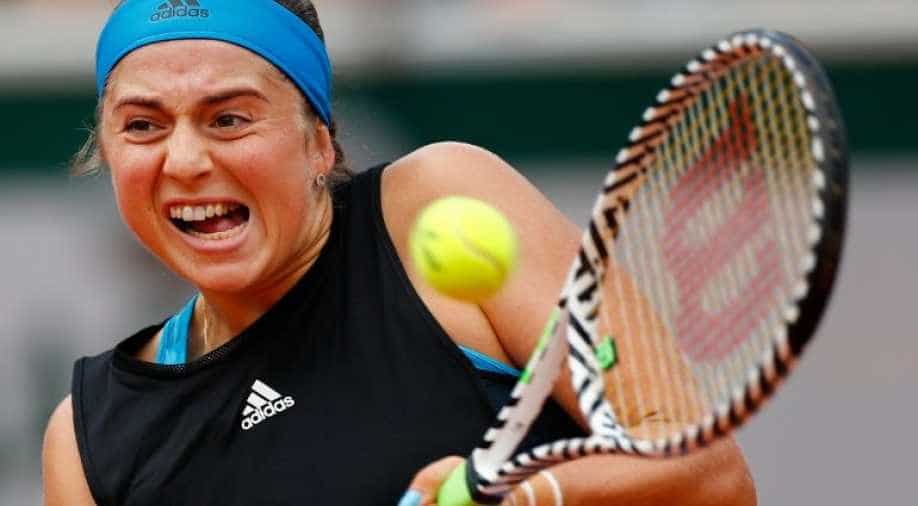 Jelena Ostapenko suffered her second successive first-round loss at the French Open since winning the 2017 title as she was beaten by former world number one Victoria Azarenka on Tuesday.

Considering the calibre of her opponent, a 6-4, 7-6(4) loss was not as demoralising as last year's defeat by Ukraine's Kateryna Kozlova.

But it continued a steep decline for the 21-year-old who also fell in round one at the Australian Open and has managed back-to-back wins just once in 2019.

The match statistics made grim reading for Ostapenko with 60 unforced errors to Azarenka's 19.

While the Latvian continues to struggle, Azarenka is heading in the right direction having risen back into the top 50 for the first time since giving birth to son Leo in December 2016.

Yet it was the Belarussian who began the match in charitable fashion, opening with two double faults before watching two Ostapenko backhands flash by her.

She broke back in the next game but dropped serve for the third time in the set to trail 4-3.

Ostapenko double-faulted four times in the next game to hand back the advantage, then twice more at 5-6 to surrender a scrappy first set.

She continued to mix flashing winners with unforced errors in the second, leading 4-2 but allowing Azarenka back in.

Ostapenko served for the set at 6-5 and led 30-0 only to offer up more free points to her grateful opponent.

In the tiebreak Azarenka brought up match point with a thumping forehand winner and Ostpenko's 60th unforced error ended the contest.