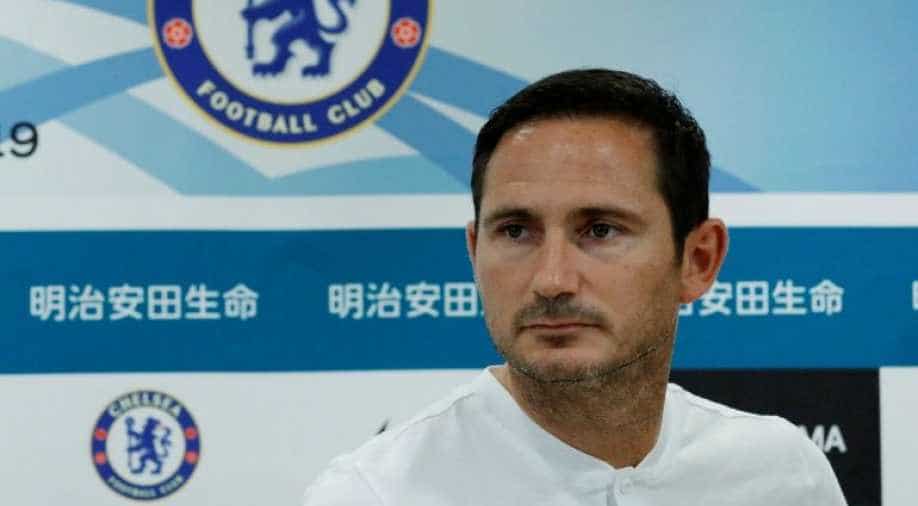 Chelsea manager Frank Lampard was left disgusted by racist abuse of striker Tammy Abraham online after the UEFA Super Cup final defeat to Liverpool midweek and called on social networks Friday to do more to prevent the publication of offensive content.

Abraham saw his penalty saved by Liverpool goalkeeper Adrian on Wednesday as the European champions won a shootout 5-4 after a 2-2 draw in Istanbul.

"I am particularly disgusted by a so-called Chelsea fan," said Lampard.

"Tammy Abraham asked me to take the fifth penalty because he wanted to take it, wanted to stand up, be brave when the world is watching.

"Within hours somebody sitting behind a keyboard or a phone has said the most disgusting things possible.

"I don't know how these platforms are allowed, it's too easy to be done, something needs to be done as well as people obviously changing their mindsets completely.

"I'm so angry for Tammy, angry for the club because that is not what the club is about. The club does a lot of work against discrimination at all levels and it is a setback when these things happen."

Abraham is still to score his first goal for the Chelsea first-team but is expected to get far more chance to shine this season under Lampard after loan spells at Swansea and Aston Villa the past two years.

"I’ve spoken with Tammy and he is a strong character. I love his character. He's a confident boy on the pitch, he wants to do really well for this football club," added Lampard.

"He has an opportunity to do that this year. He's a great young man. He's experienced something that's not right and it will be a test of that character that he shouldn't need but he's got great character."

Lampard is still seeking his first win since taking charge of the club he won 13 trophies with as a player after losing his opening Premier League match 4-0 at Manchester United last weekend.

Facing a refreshed United and relentless Liverpool was a baptism of fire for the former England international, but he wants the perfect homecoming when Leicester travel to Stamford Bridge for his first home game as Chelsea boss.

"We want to win at home, it's a big game for us in front of our home fans for the first time this season," he said.