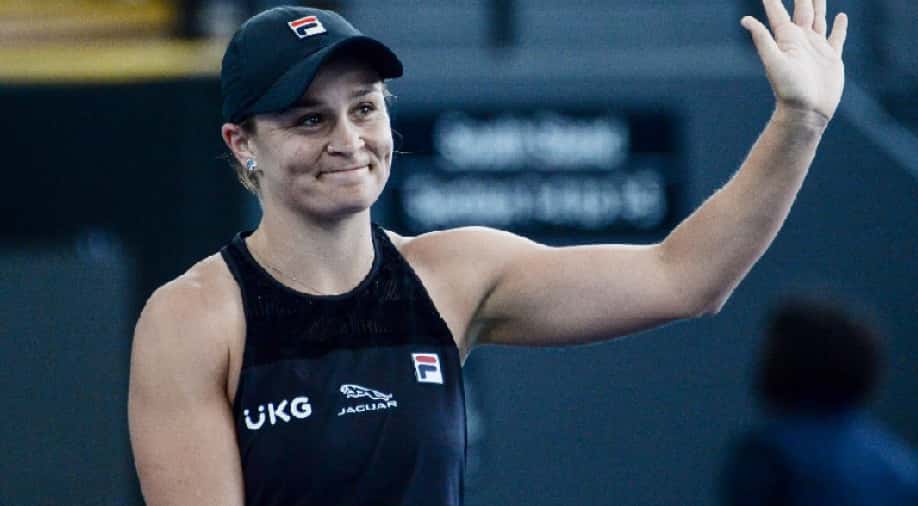 Ash Barty has signed for a golf event after retiring from tennis. Photograph:( AFP )

Former world no.1 Ash Barty has signed up for a celebrity golf event after her retirement from tennis.

Former tennis world number one Ash Barty has added fuel to speculation that her post-retirement sporting career will focus on golf by signing up for a series of exhibition tournaments featuring 23 other celebrities from the world of sport.

Barty, who retired at the age of 25 last month, will represent a rest of the world team captained by Ernie Els against a United States team led by another major winner, Fred Couples.

The first event in the Icons Series will take place at Liberty National in New Jersey in June with further tournaments planned for Europe, Asia and Barty`s native Australia.

Also Read: 'Had my watch taken off': British boxer Amir Khan robbed at gunpoint in London while with wife

Barty, who won three Grand Slam titles over her tennis career, plays off a handicap of four at her golf club in Queensland and is engaged to a trainee professional.

Golf Hall of Famer and compatriot Karrie Webb said last month that Barty had the talent to be amateur golf champion of Australia one day.

Barty is also set to release a series of children`s books later this year.