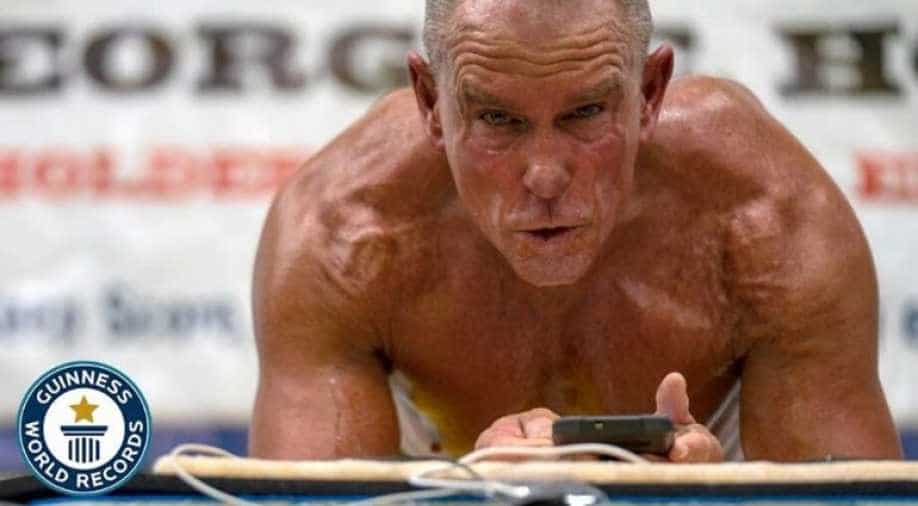 This record was broken on February 15 after former US Marine overtook China's Mao Weidong's record of 8 hours 1 minute and 1 second.

George Hood, at 62 has become a fitness inspiration for all. The American has made it to the famous book of Guinness World Records after he held an abdominal plank position for 8 hours 15  minutes and 15 seconds.

This record was broken on February 15 after former US Marine overtook China's Mao Weidong's record of 8 hours 1 minute and 1 second.

George Hood is a former US Marine and retired Drug Enforcement Administration supervisory special agent, has broken the similar record before, back in 2011 when he held it for 1 hour and 20 minutes.

He failed to break the record in 2016. Hood hails from Naperville, Illinois and has been training every day at an average of 7 hours since the past 18 months.

Hoods told the reporters on how he copes up with the enduring pain while he was trying to break the world record: "When it gets tough, you know what I do? I turn that music up so loud, you'd think you're at a rock concert. I always had a fantasy of being a rock star back in the '80s, and at least for those 8 hours, 15 minutes and 15 seconds, I was a rock star."

George Hoods aims to break the world record of most push-ups in one hour. The current record stands at 2,806.