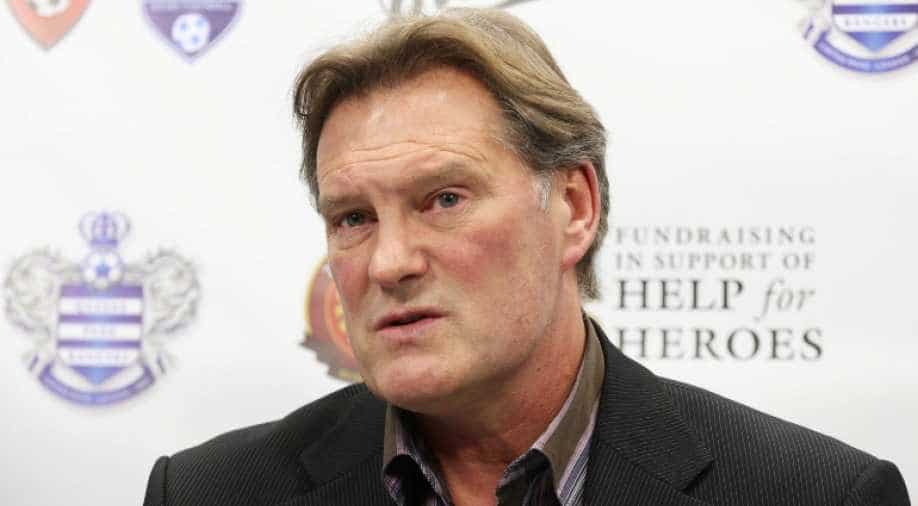 Hoddle collapsed on his 61st birthday on Saturday shortly before he was due to go on air as a pundit.

Former England manager Glenn Hoddle remains in a serious condition in hospital after suffering a heart attack, a spokesperson for the former Tottenham midfielder confirmed on Sunday.

Hoddle collapsed on his 61st birthday on Saturday shortly before he was due to go on air as a pundit for BT Sport.

"Glenn remains in a serious condition in hospital after suffering a heart attack yesterday. He continues to respond well to treatment," said the spokesperson.

"The family are grateful to everyone in the football family - and beyond - that have sent kind messages of support, they are very much appreciated.

"In particular, Glenn and his family would like to publicly thank the BT Sport staff that treated him immediately on set following his collapse." England manager Gareth

Southgate was among the well-wishers for Hoddle, who made 53 appearances for the Three Lions as a player before managing his country between 1996 and 1999.

"My thoughts and prayers are with Glenn Hoddle and those closest to him following today's distressing news," said Southgate on Saturday.

"Everybody across the game is right behind one of English football's greats and we are willing him to pull through." Widely considered as one of the best English players of his generation, Hoddle won two FA Cups and the UEFA Cup in 1984 during a 12-season career with Tottenham.

He later moved to Monaco, winning the French title in 1987-88 under future Arsenal manager Arsene Wenger.

Hoddle ended his playing career with two player-manager spells with Swindon and Chelsea before being handed the role as England boss.

After a last 16 exit to Argentina in the 1998 World Cup, he lost his job the following year after controversial remarks he made suggesting disabled people were paying the price for sins in past lives in an interview with The Times.

Hoddle went onto manage Southampton, Tottenham and Wolves for short spells before opening a football academy and moving into punditry.