Football: 'You send Lionel Messi a melon, he turns it into caviar': Antoine Griezmann 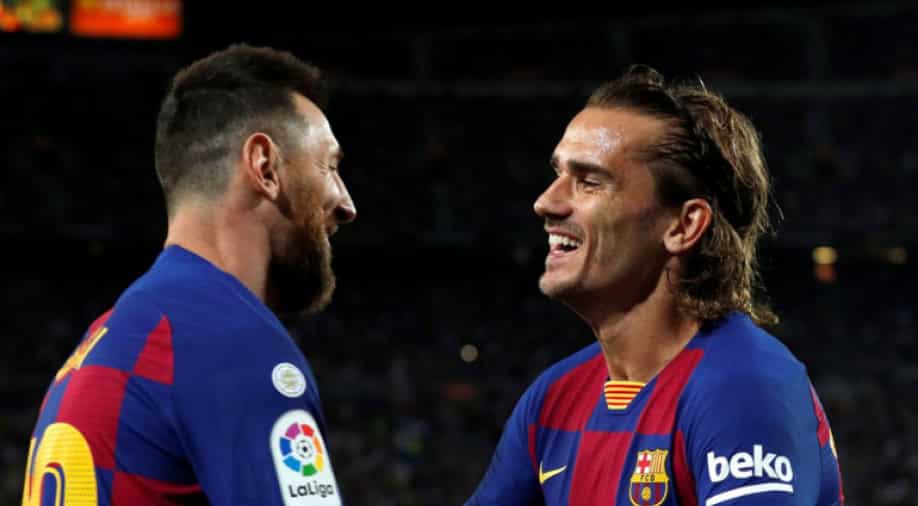 Antoine Griezmann has piled praises on colleague Lionel Messi in the midst of gossipy tidbits about a fracture between the two whizzes.

Antoine Griezmann has piled praises on colleague Lionel Messi in the midst of gossipy tidbits about a fracture between the two whizzes.

Addressing French outlet L'Equipe, he uncovered that he imparts an incredible working relationship with Lionel Messi.

In a conversation, Antoine Griezmann expressed that Lionel Messi has mystical powers and is a simple player to play with. He said:

"Our relationship is good. We get along well. We sometimes write messages to each other, we communicate a lot in training. On the pitch, he's obviously a super-easy player to play with. You send him a melon, he turns it into caviar! We don't have that pressure to miss a pass with him."

There has been a ton of theory encompassing the connection between Antoine  Griezmann and Lionel Messi, particularly after the Frenchman's landing in Barcelona in 2019.

In a similar conversation, Antoine Griezmann uncovered that he was miserable at events when he wasn't considered the best Barcelona player.

The forward said that he didn't feel essential to the crew because of the reality Barcelona previously had any semblance of Luis Suarez and Lionel Messi. He clarified:

"At the start of the season too, because I wasn't playing, I didn't feel important. I am used to playing every game, the big matches. I found myself on the bench against Real Madrid (a 3-1 loss in October 2020). It made me mad to see my teammates warming up on the pitch while you're next to it."

Regardless of having a 2020-21 season to neglect, Antoine Griezmann stays positive that Barcelona will have a superior mission once newcomers get comfortable. He said:

"In the game, things get better and better. This year, it was a bit complicated because we had a lot of injuries and we played in a system where everyone was not necessarily in their best position. But we are going to start a new season with recruits, it will go better."