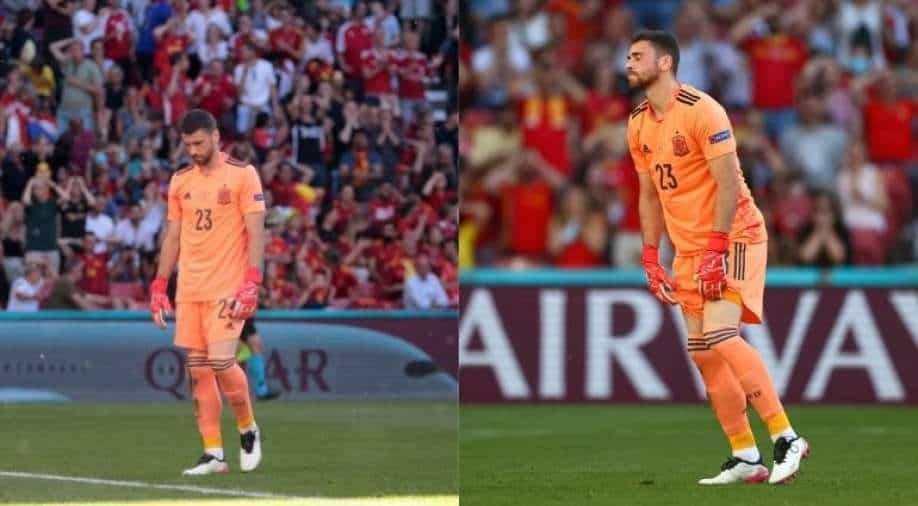 Unai became the ninth player to score an own goal in Euro 2020, making it the most for a single edition of the tournament.

Spanish goalkeeper Unai Simon gifted Croatia with a goal in the Round of 16 clash after scoring a bizarre own goal at the Parken Stadium in Copenhagen.

The incident took place in the 20th minute of the match when Pedri hit a long back pass back towards the goalkeeper (Simon), however, Unai failed to control the ball despite getting a touch and let into his own net.

Unai became the ninth player to score an own goal in Euro 2020, making it the most for a single edition of the tournament.

Twitteratis could not keep calm after Unai's own goal and took to social media to troll the Spanish goalkeeper.

OMG... That is one of the most bizarre own goals ever, Unai Simon misses the pass from his own teammate! #ESP | #EURO2020 pic.twitter.com/OJXtnxOOVb

However, Spain did not take time to score an equaliser as Paris Saint-Germain forward Pablo Sarabia scored from close range.

In the end, Unai Simon's own goal did not matter as Spain beat Croatia 5-3 in extra time in a thrilling encounter to enter the quarterfinal.