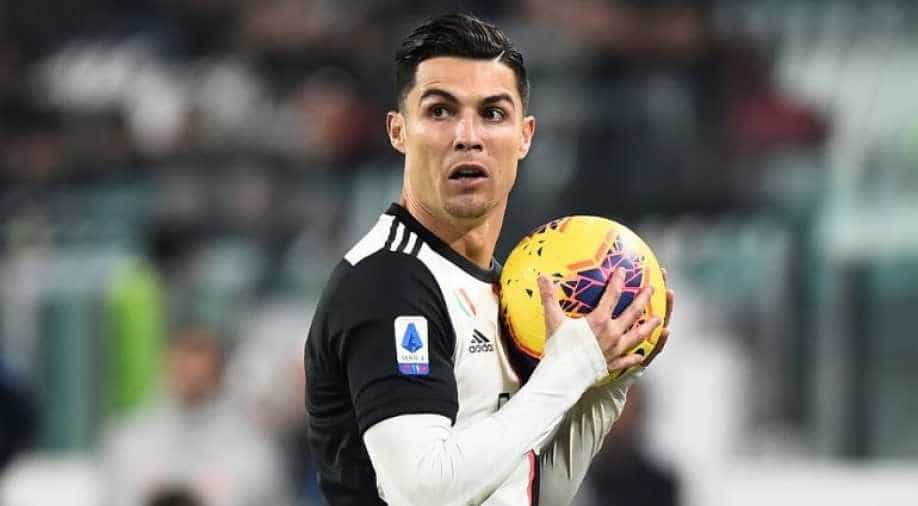 The 34-year-old’s deflected shot opened the scoring in the first half, but Juve were pegged back after the break when Andreas Cornelius headed in from a corner.

Cristiano Ronaldo struck twice to continue his sensational scoring run and help move Juventus four points clear at the top of Serie A with a 2-1 win over Parma on Sunday.

The 34-year-old’s deflected shot opened the scoring in the first half, but Juve were pegged back after the break when Andreas Cornelius headed in from a corner.

Ronaldo restored the home side’s advantage just three minutes later with a low strike that took his tally for the season to 16 league goals, 11 of which have come in his last seven appearances.

“We knew that Inter drew and Lazio won, so it was important to build an advantage," Ronaldo told Sky Sport Italia.

"They were two important goals, it was a tough game as Parma are very organised and difficult to beat, but we fought hard and got the victory."

Maurizio Sarri’s side sit on top of the table with 51 points, four clear of second-placed Inter Milan following their draw at Lecce earlier in the day, while Parma are seventh on 28 points.

Ronaldo lit up an uneventful first half with the game’s first goal two minutes before halftime by cutting inside and firing in a finish, aided by a deflection off Parma defender Matteo Darmian.

The goal made the former Real Madrid star the first Juve player to score in seven consecutive Serie A appearances since David Trezeguet in December 2005.

Parma drew level on the 56th minute when Cornelius guided in a header from a corner, but Ronaldo responded with his second of the night just two minutes later when he fired in from a Paulo Dybala pass.

The visitors pushed forward in search of a late equaliser, but it was Ronaldo who went closest in the closing stages as he forced a save from Luigi Sepe before firing a shot wide as he searched in vain for a hat-trick.