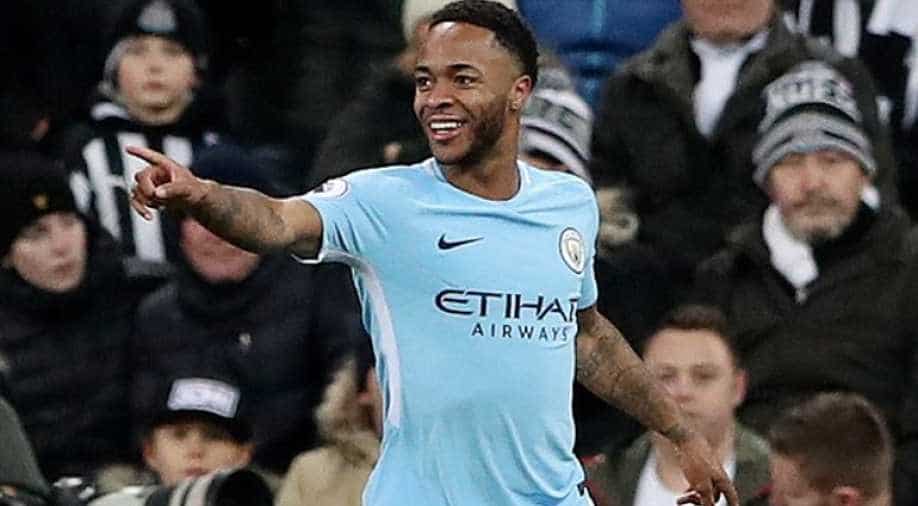 Raheem Sterling says Manchester City are motivated by the pursuit of silverware rather than the promise of breaking more records as the Premier League leaders chase another landmark at Crystal Palace this weekend.

Pep Guardiola's side have already turned the title race into a lengthy coronation party after winning 18th successive league matches to open up a 15-point lead over second placed Manchester United.

A slew of statistical milestones have littered red-hot City's incredible run and they can finish 2017 by claiming another notable feat.

Just hours before the New Year's Eve fireworks begin to light up the night sky on Sunday, unbeaten City will be at Selhurst Park looking for a record-equalling 19th consecutive league victory.

The only club in Europe's five biggest leagues to have had a winning run that long is Bayern Munich under Guardiola in 2013-14.

But, while the historic sub-plots are a welcome bonus, City winger Sterling insists it is the thought of moving another step closer to the Premier League trophy that inspires his side.

"I don't think everyone is really too focused on records. The most important thing is the three points," said Sterling, who scored City's winner at Newcastle on Wednesday.

"Once you win the game and the stats come up, that's all well and great, but you can't be thinking about that.

"We've just got to have a single focus. At the end of the day, if it happens, it happens, but we need to go there with the mentality to get the job done."

United's failure to keep pace with City has sent Jose Mourinho into a grumpy mood, with the Old Trafford chief blasting his players after their recent draw at Leicester and demanding his employers back his plan for substantial investment in new signings.

A 2-2 home draw with Burnley on Tuesday did little to lift Mourinho's spirits, but it would have been even worse but for Jesse Lingard's brace as United recovered from two goals down.

Mourinho's side are without a win in three matches in all competitions, but Lingard claims their recovery against Burnley proves the spirit is still strong ahead of Saturday's clash with Southampton.

"If we had played for another five or 10 minutes, we would have won the game," said.

"We always have that fighting spirit, that never-give-up attitude and we'll see where it gets us."

Although Van Dijk can't officially join Liverpool until January 1, the Dutch star's arrival is a significant statement of intent by Klopp, who hopes fixing his leaky defence will help the team's push for a top-four finish.

Amid criticism of the hefty fee, Klopp was asked what the 26-year-old will add to Liverpool.

"Quality. That's why we got him. We don't make the prices, the market does. Liverpool supporters should forget about the price," he said.

Champions Chelsea, who meet Stoke on Saturday, are a whopping 16 points behind City in third place.

Yet defiant Blues defender Cesar Azpilicueta says they will keep chasing the leaders until it's impossible to catch them.

"Apart for Manchester City, every team is having problems. We need to fight and to keep pushing," he said.

"We have another game against Stoke, our last game of the year, and it's important to keep winning. We must try to go as far as we can."

New Swansea manager Carlos Carvalhal will take charge of the league's bottom club for the first time at Watford.

Carvalhal was appointed as successor to the sacked Paul Clement just days after being dismissed by second tier Sheffield Wednesday.

"We felt we needed to get the managerial situation resolved as soon as possible and while the timing is not always perfect, we can look forward to the second half of the campaign with renewed optimism," Swansea chairman Huw Jenkins said in reply to criticism of Carvalhal's surprise appointment.