Football: Bayern forward Coman out until January with knee injury 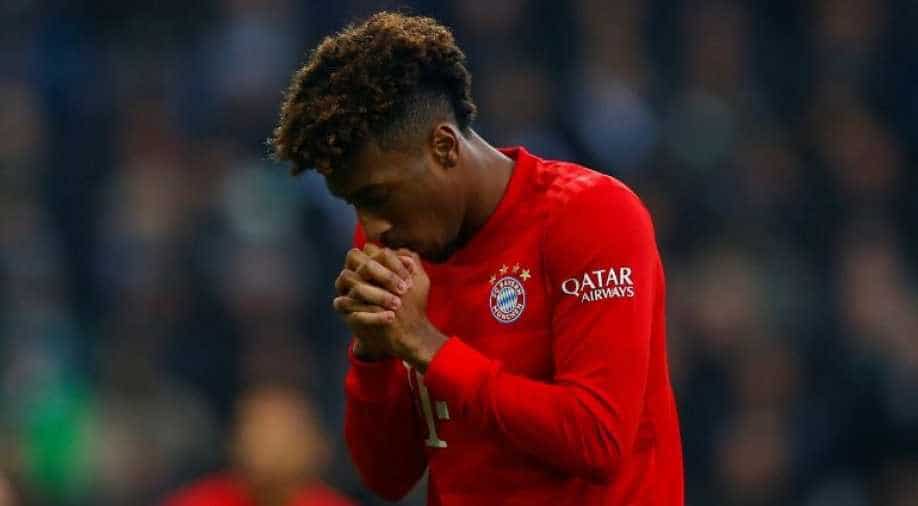 Coman was injured during Bayern's 3-1 home victory over Tottenham that sent them through to the competition's knockout stages as group winners with a perfect record of six wins in six games.

Bayern Munich forward Kingsley Coman's knee injury which he sustained in Wednesday's Champions League win over Tottenham Hotspur, will keep him sidelined until January as it looked worse than it actually was, the club said.

The Frenchman, who has suffered several severe knee injuries in the past seasons, was injured during Bayern's 3-1 home victory over Tottenham that sent them through to the competition's knockout stages as group winners with a perfect record of six wins in six games.

"Obviously we were all shocked at the moment he sustained the injury but Kingsley had a lot of luck," club doctor Hans-Wilhelm Mueller-Wohlfahrt said in a statement. "The checks showed that he will miss only three matches and he will be able to do the entire preparation in Doha."

Coman, 23, opened the scoring in the 14th minute but jarred his knee just over 10 minutes later and left the pitch in considerable pain.

He tore a capsule in his left knee and also damaged a tendon and jarred the knee joint, forcing him to wear a knee splint. The Bundesliga pauses on December 22 and resumes about a month later following a winter break.

The five-time European champions became the first German team, and only the seventh in all, to win all six group games in the Champions League, giving them a much-needed lift after their domestic struggles this season.

Bayern have won the German top-flight title a record 29 times, including the last seven seasons in a row, but are currently seventh in the standings, seven points behind leaders Borussia Moenchengladbach.

The champions parted company with coach Niko Kovac last month and interim boss Hansi Flick said they would immediately switch focus to putting things right in the league, where they have lost their last two games.

"We didn't get everything right today, but we won and that's a sign that we have to keep going. We now have three games until the winter break to switch our attention to," he added.

"We didn't just want to break the record in the group, we want to win every game," Neuer added. "Now we have three more important games and we have to put our all into winning all of them."