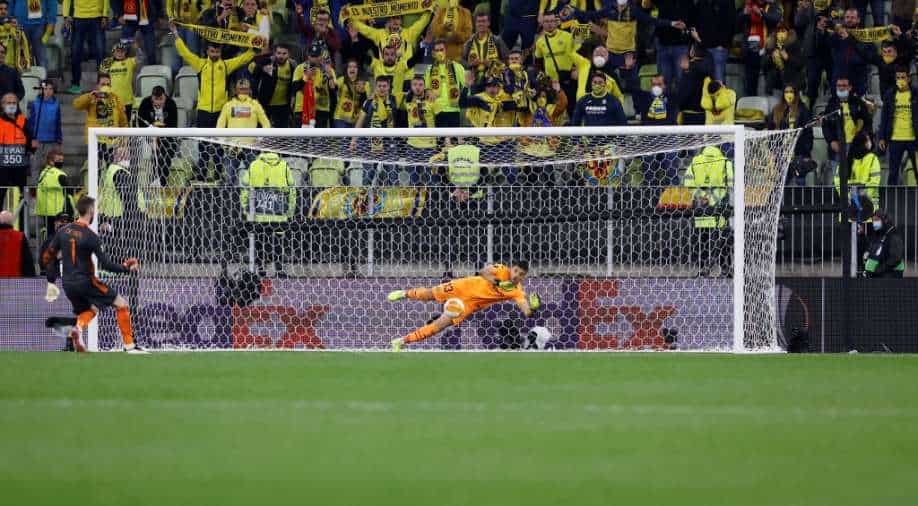 Europa League Final: With scores locked at 1-1 after the regular 90 minutes and then extra-time, players had to brace for a penalty shootout in a bid to decide the winner of the match. It took 21 kicks to decide the outcome of the match.

Villarreal edged out Manchester United in the final of the UEFA Europa League 2020-21 as the Yellow Submarine lifted the coveted trophy after winning a thrilling penalty shootout which ended 11-10. With scores locked at 1-1 after the regular 90 minutes and then extra-time, players had to brace for a penalty shootout in a bid to decide the winner of the match.

Manchester United and Villarreal were brilliant in their spot-kicks as the first five successful penalties sent the game to sudden death. The players continue to smash the ball into the back of the net as both goalkeepers – David de Gea and Geronimo Rulli – failed to stop a single shot. While the Villarreal goalkeeper came close to stopping the ball from going inside the back of the net, soft hands mean the ball eventually crossed the line as the shootout continued.

As the scores stood at 10-10 during the penalty shootout, both the goalkeepers stepped up to take their respective chances. Rulli hammered a goal to make the scoreline 11-10 and all eyes turned to De Gea. The Manchester United goalkeeper tried to place the ball in the bottom right corner only for Rulli to save it as Villarreal won the penalty shootout 11-10.

Earlier in the match, in-form striker Gerard Moreno gave Villarreal a 1-0 lead after guiding the ball past De Gea after a delightful delivery by Dani Parejo. As Villarreal sat deep to defend the score, Edinson Cavani tapped in to change the score to 1-1.

With both sides failing to score any further goals in the match, the UEL final went into the penalty shootout. With the win, Villarreal lifted their first-ever European trophy and manager Unai Emery continued his terrific record in the Europa League.

WATCH: 'Fell short by two shots' - Sanju Samson reacts after his 86* in vain in 1st ODI vs South Africa