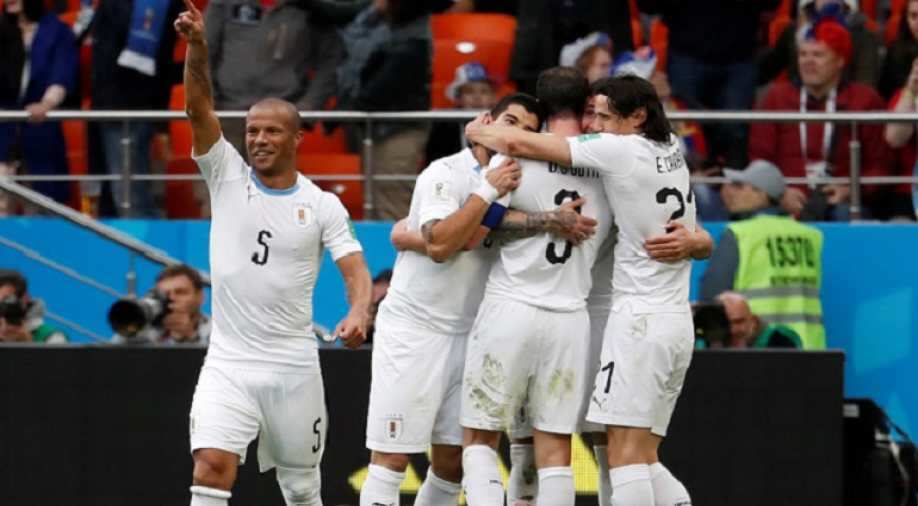 Defender Jose Gimenez thumped home a powerful 89th-minute header to give Uruguay a dramatic victory over Egypt in the World Cup Group A game on Friday.

Till the 88th minute, it looked likely to be a low-key goalless draw.

Gimenez rose to meet a Carlos Sanchez free kick to get his team's campaign off on a winning note.

Salah remained an unused substitute as he continues to recover from a shoulder injury sustained in last month's Champions League final.

During the entire game, Uruguay struggled to impose themselves until the latter stages before Gimenez secured their first win.

Uruguay had been the better side as Luis Suarez had missed four chances and Edinson Cavani had hit the inside of a post with a free-kick.

Without Salah, Egypt lacked the attacking side but was desperate to earn a point in their first match.

Salah's absence came as a surprise after coach Hector Cuper had said on Thursday he was almost 100 percent certain to play.

Egypt will next face Russia in St Petersburg next Tuesday, while Uruguay will play Saudi Arabia the next day in Rostov.