FIFA World Cup 2018: Russia on brink of knockout stage after win over Egypt 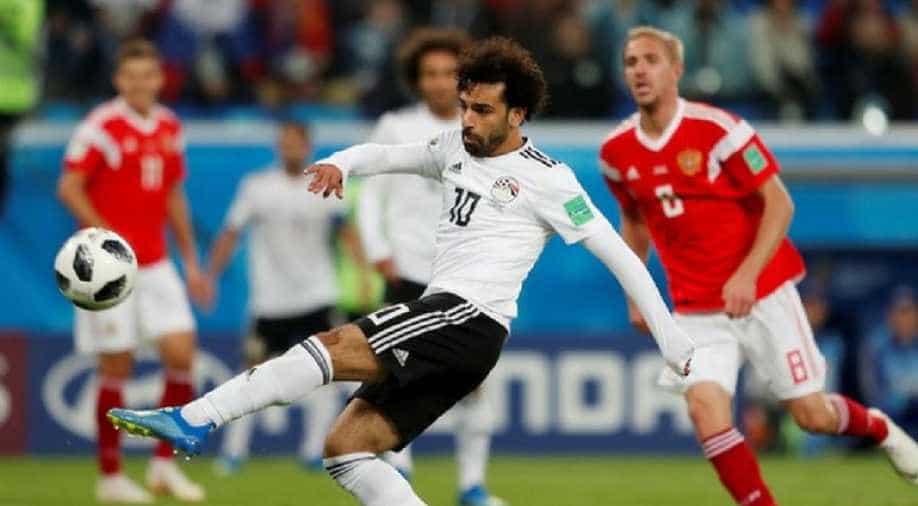 World Cup hosts Russia virtually booked their place in the second round with a 3-1 win over Egypt on Tuesday that moved them to top of Group A with six points from two games.

A three goal blitz in the space of 15 minutes early in the second half put the Russians firmly in command before Egypt's Mohamed Salah, who had a subdued game on his return from injury, struck from a penalty, awarded after a video review.

Should Uruguay (3 points) beat Saudi Arabia (0 points) on Wednesday it will ensure the South Americans and the Russians go through to the round of 16 with a game to spare. A draw would also send the hosts through.

It is an unexpectedly positive situation for a Russian side that came into this tournament amidst scepticism and pessimism at home. After the two confident victories, with eight goals, the public appear to have taken the team to their hearts.

Far from being over-awed by the pressure on them to perform, there is a real look of confidence and at times swagger about Stanislav Cherchesov's side, who beat Saudi Arabia 5-0 in the opening game.

Egypt, whose final group game is against the Saudis, have only the slimmest of chances of staying in the tournament although they will at least be hopeful of picking up a first win in what is their third World Cup.

Hector Cuper's side looked confident given the return of their talisman Salah, but the forward was short of full sharpness and made little impact in what was a tight first half.

But just two minutes after the interval, Russia got their breakthrough and they never looked back.

Aleksandr Golovin's cross was punched out by Egyptian keeper Mohamed El-Shenawy, only as far as Roman Zobnin whose low drive was heading wide until Ahmed Fathi's outstretched leg turned the ball into his own net.

Remarkably, it was the fifth own goal of the tournament so far. The record amount for a tournament is six in 1998.

If there was some good fortune to the opener, the Russians' second was pure quality.

Alexander Samedov pushed the ball out wide to Mario Fernandes, the Brazilian born right back who had powered forward from deep to deliver a perfect pull-back into the path of Denis Cheryshev who slotted home his third goal of the tournament.

Two minutes later it was 3-0 via a route one play, as target man Artem Dzyuba chested down a long ball, bustled past Ali Gabr and drove home.

Salah, who had not played since going off injured in Liverpool's Champions League final defeat to Real Madrid last month, managed some consolation when he converted from the spot.

The penalty came after a video assistant referee (VAR) ruling that he had been brought down by Zobnin inside the area after the referee had initially awarded a free kick.