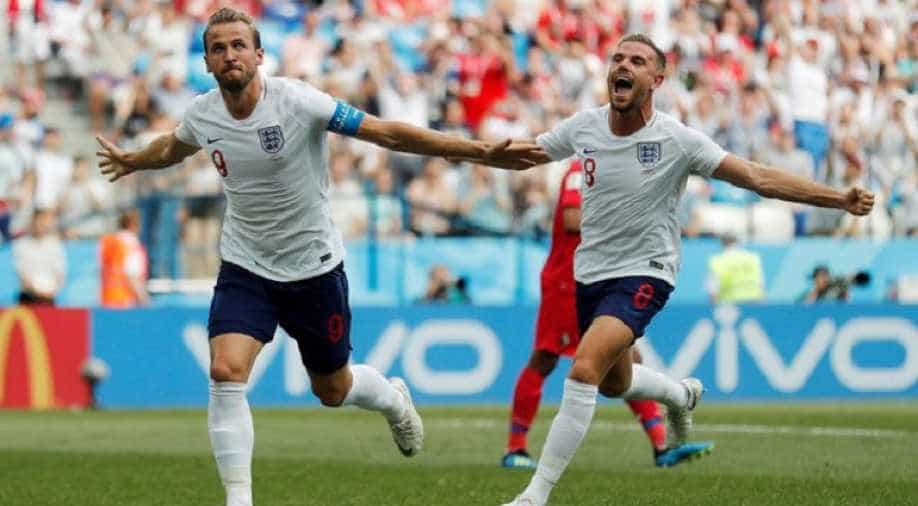 Captain Harry Kane struck a hat-trick as England marched into the last 16 of the FIFA World Cup 2018 after registering a record 6-1 win over Panama on Sunday.

With the win, England qualified for the knockout stage with a game to spare, along with Belgium who also have six points.

Meanwhile, debutants Panama are eliminated along with Tunisia.

England were 5-0 up at halftime after taking full advantage of a poor defence from Panama.

A header from a corner by John Stones, a penalty from Kane and a beautiful strike from Jesse Lingard set them on their way.

A Stones header from a well-worked free-kick routine and a second Kane penalty gave them a 5-0 lead going into the break.

The England captain is now the tournament's top scorer with five goals.

Kane became just the third England player to score a hat-trick in a World Cup game following Geoff Hurst in the 1966 final and Gary Lineker against Poland in the 1986 tournament.

Panama pulled a goal back in the 78th minute through Felipe Baloy to register their nation's first goal at a World Cup.