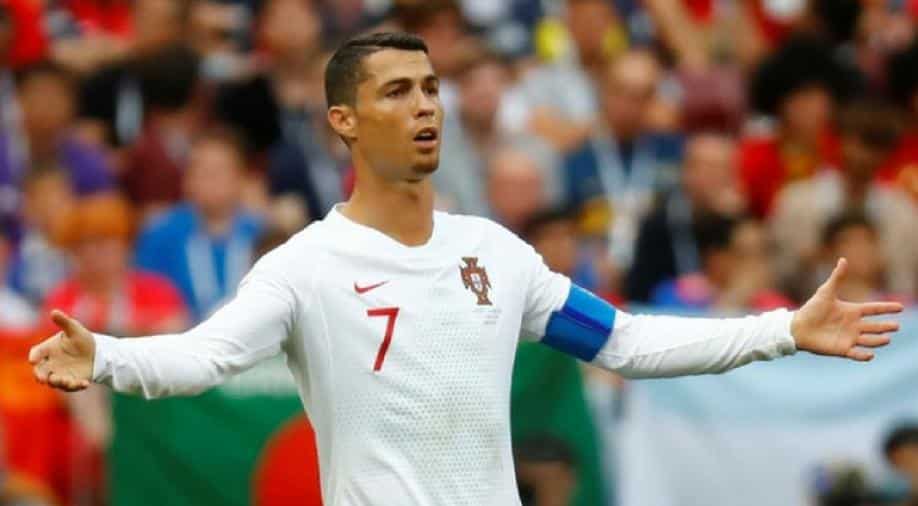 Cristiano Ronaldo scored a fourth-minute header to give Portugal a 1-0 victory against stubborn Morocco on Wednesday at Luzhniki Stadium, Moscow. Although, Morocco played remarkably well, especially in the second half but become the first to be eliminated from the tournament.

Ronaldo became Europe's all-time leading international scorer with 85 goals taking him beyond Hungarian Ferenc Puskas's European record, with only Iran's Ali Daei ahead of him on 109. He is the leading scorer of this World Cup tournament.

With this victory, Portugal top of Group B on four points ahead of Spain's game against Iran in Kazan which will be played at 11:30 pm IST on June 20.

Morocco had several chances but failed to covert them now they will rue the unforgivable defending that made all their subsequent good work irrelevant.

Read the match report as it happened!

Morocco were denied a VAR review otherwise the review could have resulted in a penalty. Morocco felt aggrieved when Nordin Amrabat was hauled down by Guerreiro as he muscled his way into the area but referee denied it.

Khalid Boutaib was flattened by Jose Fonte in an aerial challenge that again had the Moroccans up in arms, with Renard warned for gesturing for the video assistant referee

On the other hand, although, Portugal have won but again their poor defence was at the display and it might cost them further in the tournament.