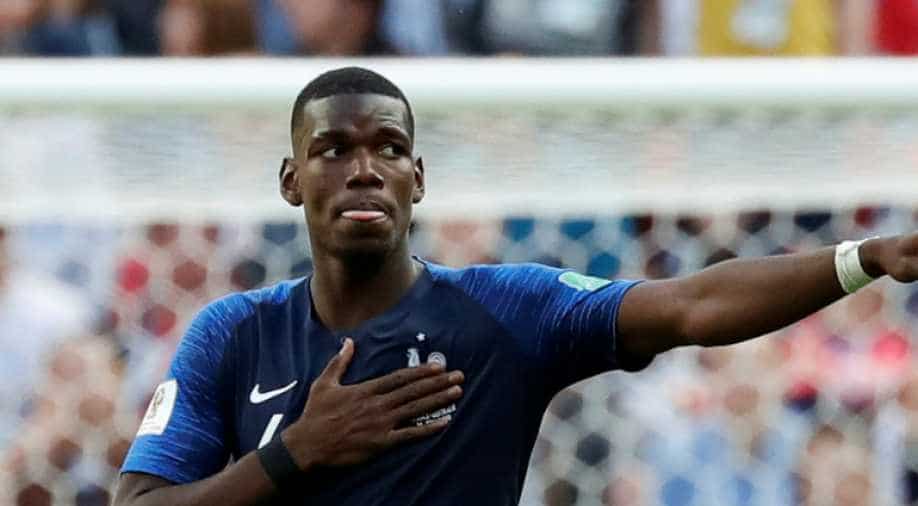 However, the player or the national team is yet to comment on the speculation.

France's star midfielder Paul Pogba has slammed the reports suggesting that he quit from international football after French president Emmanuel Macron's remarks on Islam being the source of international terrorism.

Earlier a report in The Sun said that Pogba had quit the team after the comments by the French leader on Friday.

As per the report, the Manchester United star also resented the French government's move to honour the teacher who published offensive images of the prophet Muhammad. Many Middle Eastern news sources believe this to be the reason behind the decision too.

However, the player denied these speculations and took to Twitter to call it a 'fake news'.

Pogba was a part of the 2018 World Cup-winning squad. He has scored 10 goals for the national team since his debut in 2013.

The sepeculations came following Macron's comments after a French school teacher, Samuel Paty, was beheaded while he was on his way home from the junior high school where he taught in Conflans-Sainte-Honorine, 40km northwest of Paris. After the incident, Macron's government decided to honour the teacher with French Legion d'honneur, the highest decoration bestowed by the French state.

According to Macron, the murder was an ‘Islamic terrorist attack’ that took the life of the French teacher.

He later added: "Unity and firmness are the only answers to the monstrosity of Islamist terrorism."