Fairytale ending! Ross Taylor finishes in style with a wicket off last ball of his Test career - WATCH 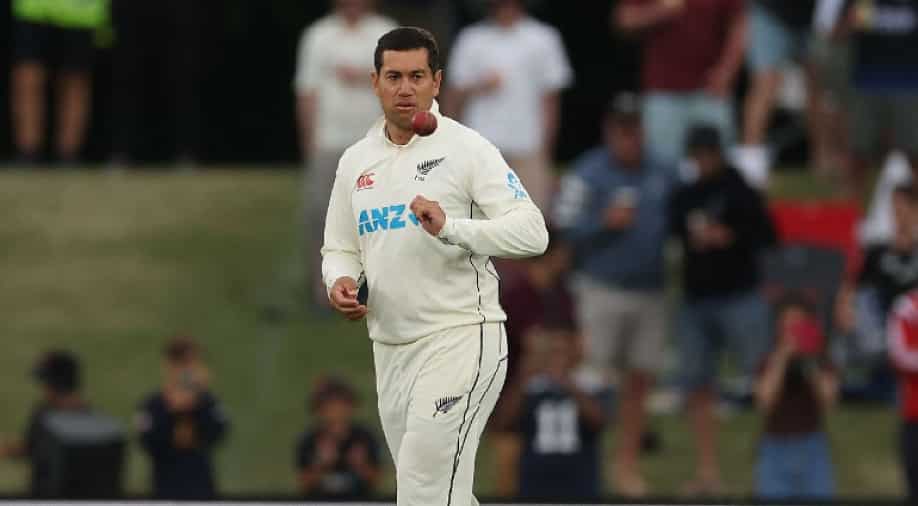 Ross Taylor ended his Test career with a wicket off his final delivery. Photograph:( AFP )

New Zealand batsman Ross Taylor saw his Test career end in a fairytale manner as he managed to pick up a wicket with the last ball of his last Test.

It was a fairytale ending for Ross Taylor as the New Zealand great finished his Test career with a wicket off the final ball of his last Test match. Taylor, one of the best batters to have played for New Zealand, ended his Test career on Tuesday (January 11) after playing his last game against visitors Bangladesh at the Hagley Oval in Christchurch.

Playing his final Test, Taylor scored 28 runs off 39 balls in New Zealand's first innings and didn't get a chance to bat in the second one as Kiwi skipper Tom Latham decided to enforce the follow-on against Bangladesh. However, Taylor did get a chance to bowl in the final Test match of his career.

Not a regular bowler, Taylor had picked only two wickets in his entire Test career before Tuesday. However, in what was a fitting end to a glorious career, the veteran batter managed to get a wicket off the last ball he bowled in the whites for New Zealand. Taylor dismissed Bangladesh's tail-ender Ebadot Hossain on the third delivery of the  80th over of the visitors' second innings.

Hossain went for a big shot against Taylor and ended up getting caught by Latham. The New Zealand players were elated as they celebrated with Taylor and hugged him to congratulate him on the final wicket of his Test career. It was only the third wicket of Taylor's Test career.

New Zealand won the second Test in Christchurch comfortably by 117 runs after posting a huge total of 521 runs on the board in their first innings. The visitors rode on Latham's double ton and Devon Conway's century to breach the 500-run mark before bundling out Bangladesh for 126 and 278 runs in their two innings respectively.

With the win, New Zealand managed to level the series 1-1 as Taylor signed off from the longest format with a win. Taylor played 112 Tests and amassed 7,683 runs in his career at an average of over 44 with 19 hundreds and 35 fifties.