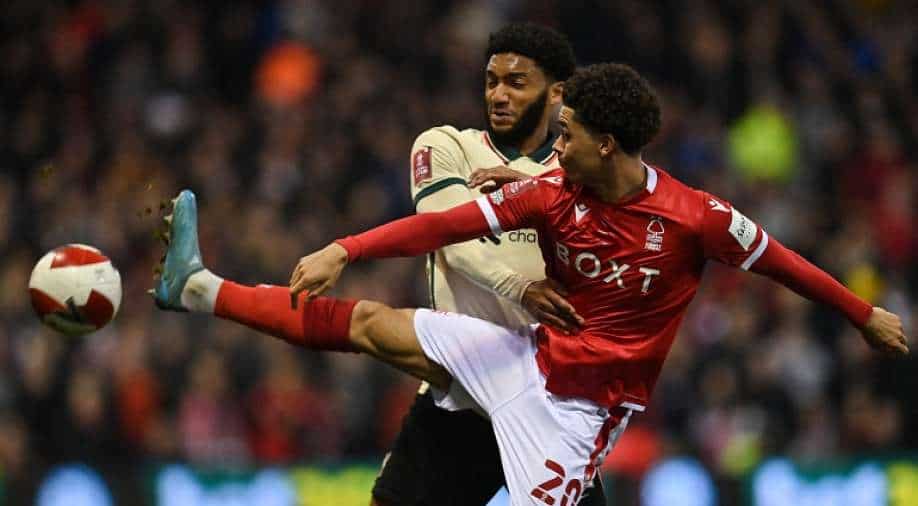 Liverpool will play Manchester City at Wembley in the semi-finals while Crystal Palace will face last year's beaten finalists Chelsea in the last four.

Liverpool will play Manchester City at Wembley in the semi-finals of the FA Cup after they edged Nottingham Forest 1-0 on Sunday.

The Reds progressed to the last four with a 1-0 quarter-final victory over Nottingham Forest at the City Ground, courtesy of Diogo Jota's 78th-minute goal.

Jurgen Klopp's men will now take on Pep Guardiola's City in the next round. Semi-final ties are scheduled to be played on April 16 and April 17.

Earlier in the day, Crystal Palace surged into the FA Cup semi-finals with a dominant 4-0 victory over Everton before Man City joined them with a 4-1 triumph at Southampton.

Marc Guehi and Jean-Philippe Mateta struck in the first half for Patrick Vieira's side as they went into the half-time break 2-0 up having overcome a bright start from the Toffees.

Further goals from Wilfried Zaha and Will Hughes put the result beyond doubt after the restart as Palace booked their place at Wembley with a flourish at Selhurst Park.