Explained: Here's why Virat Kohli objected to Haseeb Hameed taking guard away from the crease in 4th Test 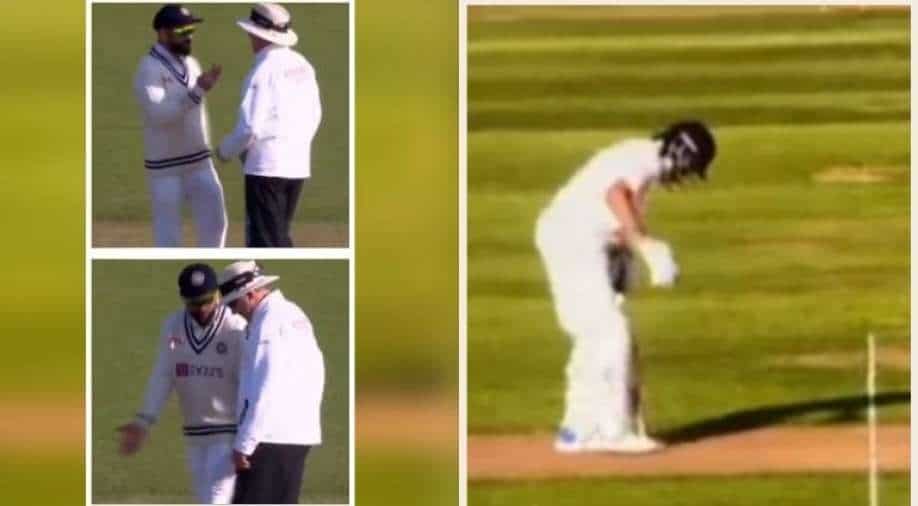 Indian skipper Virat Kohli pointed out Haseeb Hameed taking the guard away from his crease. Read in detail about the law related to the striker in a protected area.

Indian skipper Virat Kohli is known for his aggressive on-field behaviour, a player who never shies away from taking a stand for his teammates or highlighting opponents' mistakes.

Similarly, he was spotted engaging in an incident during the fourth of a five-match Test series between India and England as he raised his voice to the on-field umpires against an English player Haseeb Hameed.

Virat was seen having a long discussion with Richard Illingworth as, during the first day of the fourth Test at The Oval, Virat was spotted complaining about England player Haseeb Hameed.

Hameed, who opened England's first innings with Rory Burns, took guard far away from the crease and repeatedly made a mark there with his shoes. When the incident happened Virat immediately complained about it to the match officials.

ALSO READ | 'I'm pretty happy I am getting so much love': Shardul Thakur on nicknames like 'Lord', 'Bull'

As per the laws, a batsman is not allowed to take the guard 5 feet away from his crease so that it won't disturb the protected part of the pitch.

It is important to note that Indian wicket-keeper batsman Rishabh Pant was asked to change his stance during the third Test for the same reason.

Although, Hameed didn't stay on the crease for a long time, as he lost his wicket to Indian pacer Jasprit Bumrah without even opening his account.

But the incident remained a hot topic of discussion on social media forums.

Here's what the law says:

According to MCC law 41.15 related to the striker in a protected area:

"41.15.1 The striker shall not adopt a stance in the protected area or so close to it that frequent encroachment is inevitable.

The striker may mark a guard on the pitch provided that no mark is unreasonably close to the protected area."

"41.15.2 If there is breach of any of the conditions in 41.15.1 by the striker, the umpire seeing the contravention shall, if the bowler has not entered his/her delivery stride, immediately call and signal Dead ball, otherwise, he/she shall wait until the ball is dead and then inform the other umpire of the occurrence."

The bowler's end umpire shall then

- warn the striker that the practice is unfair and indicate that this is a first and final warning. This warning shall apply throughout the innings. The umpire shall so inform the non-striker and each incoming batsman.