EXCLUSIVE | What Neeraj Chopra has done for India, Usain Bolt has done the same for Jamaica: Justin Gatlin 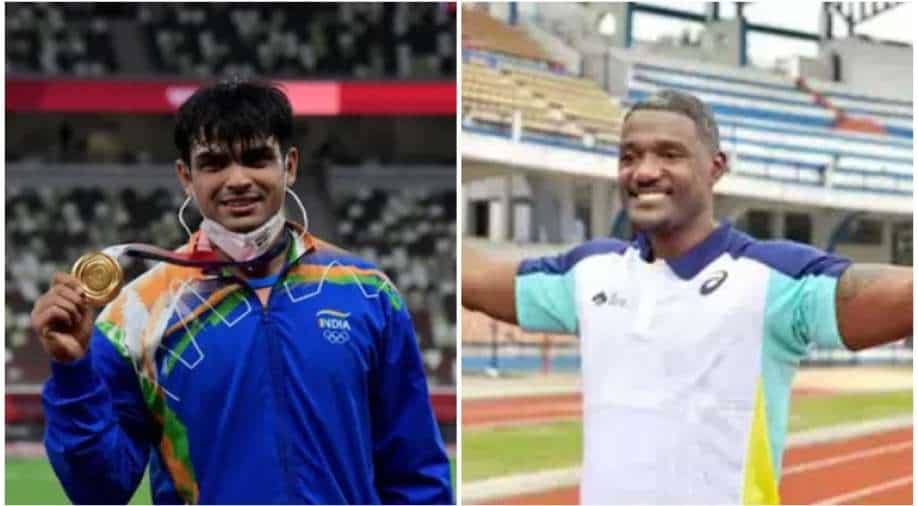 What Neeraj has done for India, Usain has done the same for Jamaica: Gatlin Photograph:( Agencies )

In a chat with Wion's Sports Editor Digvijay Singh Deo ahead of the TCS World 10K Bengaluru, the 40-year-old Justin Gatlin looked back on his career and has heaped praise on India's rising star Neeraj Chopra.

Over the years, the sporting fraternity has been blessed with several marquee athletes from across the globe. Many sports have seen certain performers own the game they play. Many have had an illustrious career with many highs along with some steep falls. Nonetheless, some of them have also reinvented themselves to flourish at the latter stage of their respective careers.

One such athlete has been the 2004 Olympic 100m gold medalist Justin Gatlin. The American sprinter was a prominent name when Usain Bolt came up the ranks, scripted some glorious highs before doping led to his suspension only to stage a comeback in 2010 and continue long enough to beat the Jamaican in his final race. After continuing to produce age-defying performances, Gatlin finally retired earlier this year. However, he continues to be an inspiration for many.

In a chat with Wion's Sports Editor Digvijay Singh Deo, ahead of the TCS World 10K Bengaluru, the 40-year-old Gatlin looked back on his career and has heaped praise on India's rising star Neeraj Chopra.

While Gatlin is an inspiration for many to date, he feels Neeraj is now inspiring a the younger generation. In his maiden Olympic outing, Neeraj returned with a gold medal in the men's javelin final to create history and take India past the final hurdle (where they have always struggled in marquee events).

Thus, Gatlin compared Neeraj's success with Usain and said, "What he has done for India, same thing that Usian has done for Jamaica. He has inspired so many young talents. They can say that I come from the same background, even I can reach there and make my country proud. Golden Boy has done a great thing for his country and I believe there are now many many more athletes who will come out from India."

Given that such huge words of praise from a legendary name like Gatlin, it will do wonders for Neeraj's confidence going ahead.