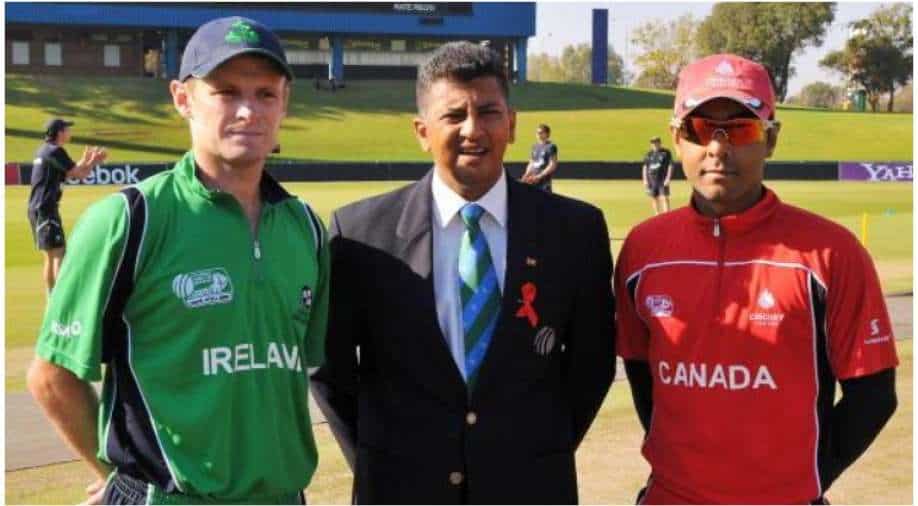 Former SL great and and ex-ICC match referee Roshan Mahanama recalled the country's 1996 World Cup win and dwelled on the senior team's current state on the sidelines of his latest book's launch.

Over the years, Sri Lanka cricket have produced several big names in world cricket. Back when the ODI World Cup was a new concept and saw the dominance of big teams such as West Indies and Australia, Sri Lanka became the third Asian team, second in a row, to lift the 50-over world championship in 1996.

During the 1996 World Cup, the Arjuna Ranatunga-led Islanders weren't regarded as one of the strongest contenders. In fact, they had a tough ride all the way to the final, with teams such as Australia and Windies not agreeing to go to the Island nation for their respective WC fixtures. At that time, teams were reluctant to tour SL due to a massive bomb blast that ripped through the capital Colombo Jan. 31 1996, claiming the lives of at least 80 people and injuring around 1,400.

In addition, SL locked horns with tournament-favourites India in the semi-finals before beating them in a controversial manner prior to their historic triumph over Australia in the summit clash.

Recalling the iconic 1996 WC triumph, former SL great and and ex-ICC match referee Roshan Mahanama told WION in an exclusive interaction -- on the sidelines of the launch of my book “My Innings - Retired Hurt to the Best View of the Game -- "I think I was part of both phases in SL cricket (in transition and when they became a lethal unit). We used to go to work, approach organisations to help us. In mid-90s, the change started. I don't think we got paid quite well until we won the WC. It wasn't about money but it was the passion for the game. In that 1996 WC, we were one of the experienced teams but they never gave us due credit. That helped us to be relaxed as we were not under any pressure. That was the turnaround in SL cricket. The guys who were part of that era contributed immensely in SL getting the Test status."

He added, "You rightly said that it was a close-knit team. Arjuna was the father figure. That doesn't mean we agreed to everything that he said. We gelled well maybe due to our background. We knew one another and had played each other from school days. To build that team spirit was quite easy. Some key learnings was teamwork, we played to our strength and not to the strength of the opposition. Back then, Imran Khan had told us to bat first if we win the toss, however, we backed our strength to chase (in the 1996 finale) and everything is now history. And, the third one is that when somebody was called upon to do something for the team, no one said 'it is not my duty' and raised their hand up. Not only the 14 guys who were selected in the squad, even the support staff played their part."

☺️Absolute pleasure to have interviewed @Rosh_Maha, a 1996 World Cup legend and an icon in Sri Lanka’s sporting arena.

He was very friendly and humble, truly a gentleman of the Gentleman’s Game. 🏏🙌🏽#lka #SriLanka #Cricket #RoshanMahanama pic.twitter.com/UfwCqAZCcX

At present, the senior men's team isn't at their best across formats. Sri Lanka isn't in the top five in any format in terms of ICC rankings. Mahanama shared his thoughts on the decline in SLC and said, "I think winning the WC was the greatest thing that happened. But by saying that people who never looked at getting involved in SLC had decided that they need to get involved for the betterment of SLC. I really don't know why people need to fight for doing an honorary job. If we go into a contest, we will never win because quite a lot of these people have done a lot of groundwork. To an extend, you can say that everything has been politicised. I still feel there is lots that need to be done. We do not have authority. We are there only to advise the minister and people of the cricket board but the final say is in their hands. I feel everyone has to work together. In SL, we need to protect the game."

For the unversed, the former SL international's latest book is not a mean to earn a quick big money. In fact, it is solely for the purpose to help a charity that supports cancer patients in the Island nation. Thus, he remains a servant not only of SLC but also of his countrymen.