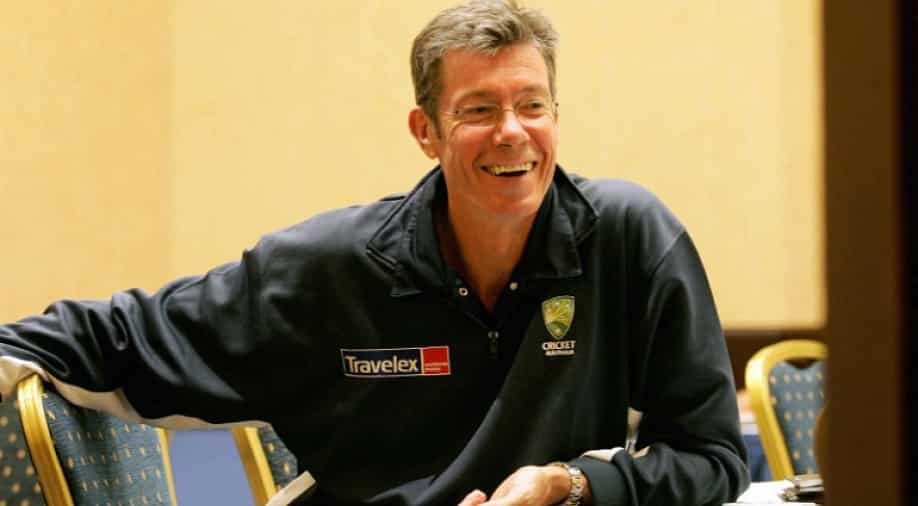 Two-time World Cup-winning coach and New Zealand's former director of Cricket, John Buchanan, who oversaw the golden era of Australian cricket and inspired them to numerous memorable triumphs, previews the much-awaited final of T20 World Cup 2021 between Australia and New Zealand on Sunday.

New Zealand were my dark horses ahead of the start of the T20 World Cup 2021 and they are a team that loves to play to that tag. But if we look at the recent results that New Zealand have been able to produce in big tournaments, they rank above Australia heading into the big final in Dubai on Sunday.

If you ask both the Australian and the Kiwi camps, they are both going to claim they are the underdogs in the summit clash but New Zealand, for me, will start as favourites against Aaron Finch & Co. I didn't think Australia were good enough to get into the semi-finals but they managed to get there and now they are in the final. But I believe New Zealand should be rated as favourites simply because of the way they have been playing in the tournament.

If we look at the fast bowlers from either side collectively, New Zealand fast bowlers - Trent Boult, Tim Southee and Adam Milne have taken 25 wickets in the tournament. Interestingly, they have an economy rate of 6.5, on the other hand, the Australian trio of Mitchell Starc, Josh Hazlewood and Pat Cummins has 23 wickets to their name combined. But they have been far more expensive and are going at 8.3 an over which is a big difference between the bowling attacks of the two teams.

Talking about the spinners, Australia have taken 15 wickets with mainly Adam Zampa contributing. They have bowled at an economy rate of 6.2 and 60 per cent of their overs have been 5 or under. Zampa has taken 12 of those 15 wickets and he has conceded five or fewer runs in 70 per cent of his overs.

For New Zealand, Ish Sodhi and Mitchell Santner have eleven wickets so far. Comparing the bowling attacks of the two finalists, while the ability to take wickets is similar in both teams, New Zealand have been far more disciplined than Australia.

But, New Zealand have been handed a huge blow ahead of the all-important final in the form of Devon Conway, who is out with a self-inflicted injury. Conway, who has broken his right hand, is a huge loss for New Zealand.

As a batter, your role is not just to score runs but also to formulate partnerships. 33 per cent of New Zealand's runs have been scored with Conway in the middle so he is not only scoring runs but was also helping them put on partnerships. He is a huge loss for the Black Caps, who will miss his presence in the middle-order.

There is a stark difference when the batting line-ups of the two teams are compared as New Zealand have had contributions from almost all of their star batters while Steve Smith and Glenn Maxwell are yet to fire for the Aussies.

Australia have the likes of David Warner (236), Aaron Finch (130) and Mitchell Marsh (108) among the runs but the disappointments for Australia have been Steve Smith and Glenn Maxwell. Smith, who was being seen as the main anchor, has only scored 69 runs, while Maxwell, who has been the go-to man for Australia to take the game away from the opposition, has not fired at all.

In comparison, New Zealand have Daryl Mitchell (197), Martin Guptill (180) and Kane Williamson (131). I think New Zealand have the edge in terms of batting but what Australia have done is that they have always found a way to win matches, as they did in the semi-final against Pakistan. That's what Australia have been doing throughout the tournament and that's what they need to do in the final.

Not a batter but Australia's key player in the final will be Adam Zampa, who has been outstanding so far in the T20 World Cup this year. He has been Australia's highest wicket-taker so far with 12 scalps in six games and has an excellent economy rate of 5.7. Zampa has bowled nearly 70 per cent of his overs conceding 5 or fewer runs and he is not only responsible for dampening the scoring rate of opposition teams but also picking up wickets regularly.

The tournament is all set to have a new winner this time as both teams are yet to clinch their maiden T20 World Cup title. While the players will be looking to give their all on the pitch in the final, the toss remains a decisive factor in Dubai. 12 out of the last 13 matches in this year's T20 World Cup in Dubai have been won by the team's chasing.

The teams believe in bowling first in Dubai as there is a lot more on offer for the bowlers. It will be interesting to see how big a role will the toss play in deciding the fate of this T20 World Cup.