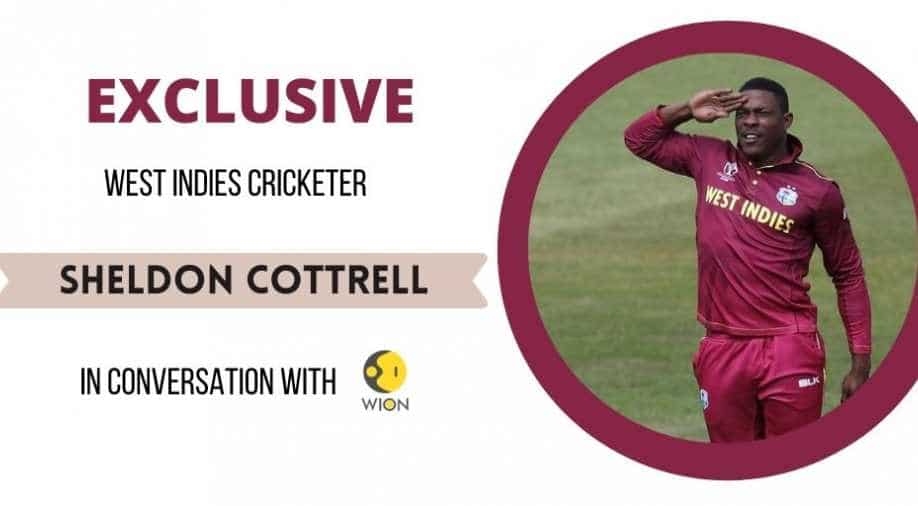 In an exclusive interview with WION’s Subhayan Chakraborty, Sheldon Cottrell talked about the upcoming IPL 2020, his experience of going under the gavel, Kings XI Punjab squad, how much he is looking forward to work with Anil Kumble, relationship with Chris Gayle, KL Rahul and more.

Salutes are set to take the centre-stage in the upcoming Indian Premier League (IPL) 2020 starting September 19 in the UAE with West Indies pacer Sheldon Cottrell set to make his IPL debut for Kings XI Punjab (KXIP) after being signed up by the franchise for a whopping INR 8.5 crore during the auction.

After enjoying a splendid ICC World Cup 2019 and boasting a superb record in white-ball cricket, Cottrell attracted bids from Rajasthan Royals, Delhi Capitals and Kings XI Punjab before the latter outbid everyone to bag the services of the left-arm speedster, who has also served the Jamaican Defence Force for over a decade.

In an exclusive interview with WION’s Subhayan Chakraborty, Sheldon Cottrell talked about the upcoming IPL 2020, his experience of going under the gavel, Kings XI Punjab squad, how much he is looking forward to work with Anil Kumble, relationship with Chris Gayle, KL Rahul and more. 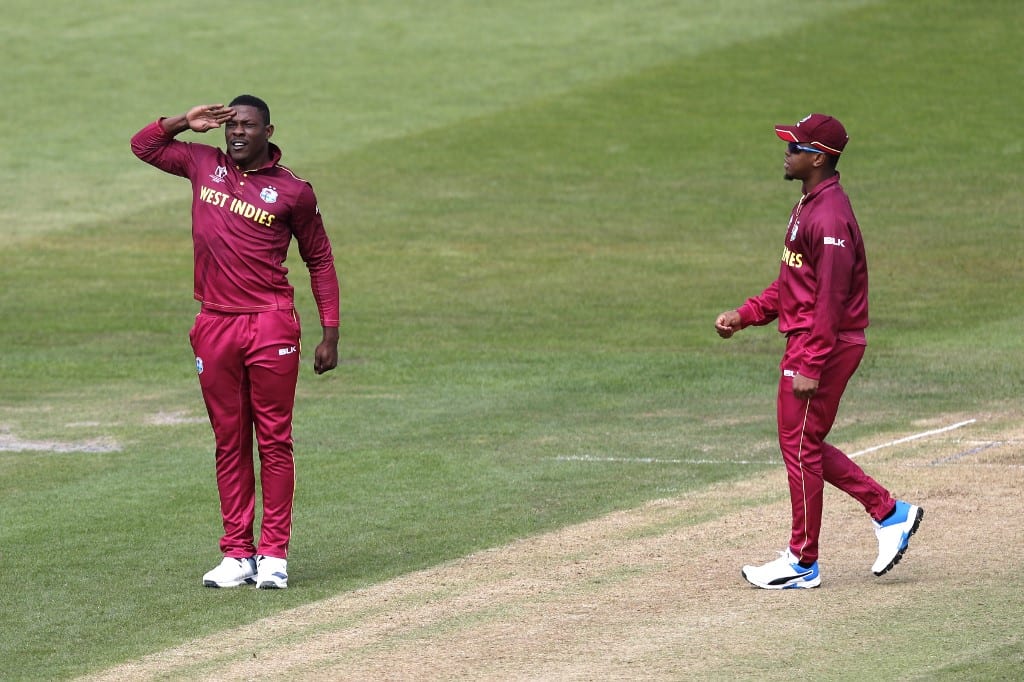 During the IPL 2020 auction, Kings XI Punjab looked determined to sign the pacer from Jamaica, who has been a mainstay in the West Indies limited-overs circuit. While Sheldon has impressed in the Caribbean Premier League (CPL) for St. Kitts and Nevis Patriots, he will be making his IPL debut in the 13th edition, set to be played in the UAE from September 19.

When asked if he watched the IPL auction, Cottrell relived the experience while narrating how Windies batsman Evin Lewis commentated the entire bidding process as he stood in the balcony trying to calm his nerves. Cottrell added his dream was accomplished as soon as the first bid came to his name while adding he has been waiting to take the field for KXIP and is ready mentally and physically for the intensity of IPL.

ALSO READ: Exclusive - Will take a knee in CPL and IPL, if required: Sheldon Cottrell

“I was in a hotel room with Evin Lewis. So I watched everyone’s auction before me and I was comfortable watching it. But then when my turn came I was like ‘oh man!’. And when I was heard the first bid on me, I just went to the balcony and I was like ‘yes!’. I didn’t want to see it anymore, I wanted to see just one bid, to be honest. ‘Yes, I am going to play in the IPL!’. But then two minutes after the bidding was still going, I took a peek and Evin Lewis was more excited than I was. I was just nervous. But yes, it was a great feeling. I can never forget that feeling and moment ever in my life,” Cottrell narrated.

“I am really looking forward to it. I have been waiting for this for all my cricketing career, to tell you the truth. But more eagerly in the past four to five months. I have been ready mentally and physically. Even with the lockdown, I have been keeping myself in shape. Ready. Just in case the call comes. So I am totally ready and can’t wait to go onto the park with the Kings XI Punjab,” the Windies pacer who picked up 11 wickets in ICC World Cup 2019 added.

Kings XI Punjab, under the guidance of former Indian skipper Anil Kumble, made some shrewd buys and is being regarded as one of the strongest sides ahead of IPL 2020. Cottrell hailed the balance between the youth and experience in the squad and added that if the team can gel well then they have all the ingredients to become a champion team.

“We have got some young players and senior players as well so it is a great mixture. I can see the team coming together and be a champion team. But as you know, cricket is played on the day. And honestly, I am looking forward to bring that energy, that passion and everything that is associated with the name Cottrell to that team and my knowledge. So yes, I am looking forward to the IPL,” Cottrell said. 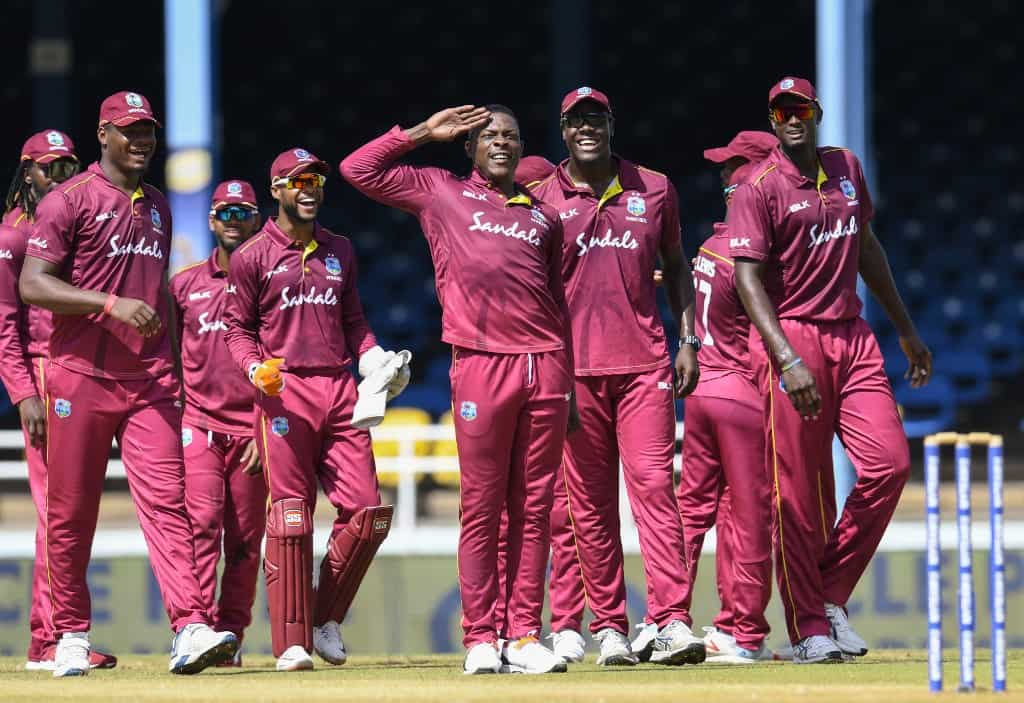 Cottrell, who has won millions of hearts around the globe with his iconic salute celebration, said he is eagerly waiting to work under Anil Kumble and pick his brain.

“Really, really looking forward to working with Anil Kumble. I love working with the former players and legends of the game. Just try and pick their brains and to know how they became such great players. There must be something he did it back then to become such a great player in this sport. In cricket, you have more bad days than good days, to tell you the truth. And to become great, you have to be exceptional. I love picking the brain of legendary players and I am going to pick his brain. Even though he is a spinner and I am fast bowler but that doesn’t matter,” Cottrell said with sheer excitement. 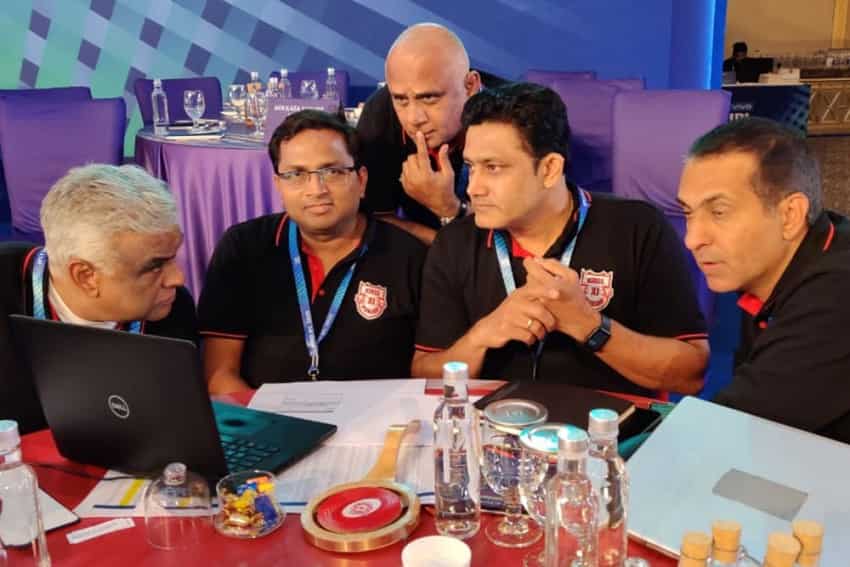 Cottrell will join fellow Jamaican cricketer and a legend of the game Chris Gayle in the KXIP squad. Explaining his relationship with Mr. Universe, Cottrell said he is a wonderful guy and thankfully, he will be watching him smash the ball from the dugout.

“Chris Gayle is a wonderful guy! As you know, he is a cool customer. I mean a master blaster, he is a murderer of the cricket ball (laughs). And thankfully, I won’t be bowling to him (laughs) and will be in the dugout blasting it all over the park,” Cottrell said.

All eyes will be on KXIP skipper KL Rahul, who will try and lead the side to their first-ever IPL trophy. Explaining his relationship with Rahul, Cottrell said he met him the last time India toured the Caribbean while praising him for having a cool head over his shoulders. He added that he is looking forward to play under his leadership and learn from him.

“KL Rahul and I became really close when India last toured the West Indies. We talked a bit and I find him to be a really cool guy. He is a wonderful cricketer, cool customer and I am just looking forward to play under his captaincy. Even though he is a young cricketer, I am still going to learn a few things from him because he has been playing in the IPL for quite some time. There’s nothing like for a bowler to hear it from a batsman’s perspective. So I am looking forward to probably trade some information with him,” Cottrell said.

The West Indies paceman went on to add that KXIP has one of the best fast bowling line-ups in IPL 2020 and he cannot wait to take the field and give his all for the franchise. And yes, salutes are mandatory with each wicket.

“Obviously! I mean I have been eagerly waiting to salute in the IPL a lot. We have probably the best line-up in the IPL where fast bowling is concerned. I am looking forward to shine. At the end of the day, cricket is a team sport but mostly, it is about individual performances. As I said before, as long as I can give my 110-120 per cent, I will be pleased with myself,” Cottrell said. 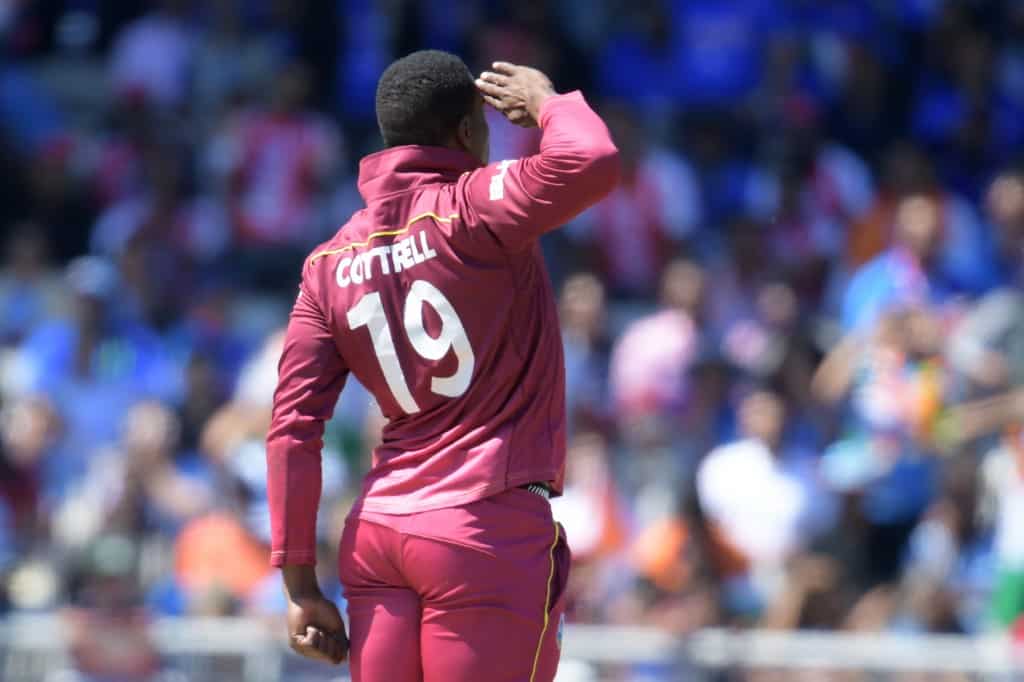 “As this is my first season in IPL, my target will be doing go there and give it my all. Do whatever the team requires. I am going to enjoy, to tell you the truth. One thing in cricket, once you have enjoyed it, most times you are going to do well. Just not feel pressured and relax and be myself,” he added.