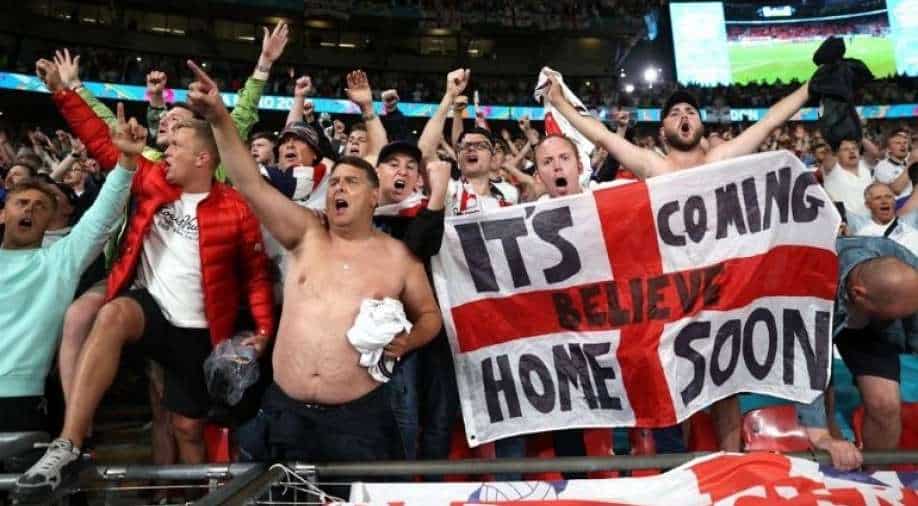 Many fans took to Instagram to leave monkey emoticons on posts by Bukayo Saka, Marcus Rashford, and Jadon Sancho after they missed penalties during the game. Others were leaving racially abusive remarks on Instagram posts.

As England and Italy squared off in the Euro 2020 final, thousands across the world watched anxiously.

The two teams were on the route to make history.

While England had never won a European Football Championship, Italy had won the title in the 1968 edition.

England's loss came as a shock to many. Off-field, some fans took it too far, hurling racist abuses at players from the team and assaulting their Italian counterparts.

Videos indicate fans tussling with one another, and taking on rival supporters.

And that was just the beginning. As shown in a clip, a person was even tossed into the river in London.

ALS0 READ: Euro 2020: England fans created mayhem on the streets of London and outside Wembley stadium

While some punched one another, hurled abuses, Twitter posts showed that others have taken to attacking Black players and fans in the city.

While it was not clear from the videos when precisely it was recorded, it showed fans outside an arena entrance, tossing things at the counter and shaking one another.

So “football fans” are Attacking Black people on the street. Attacking England’s Black players. Attacking Italian fans. And the rates of domestic abuse increase by 38% when their team loses? This is why England football fans have the worst reputation. Mortifying and disgusting.⚽️

Bukayo Saka, Marcus Rashford and Jadon Sancho have all been subjected to racial abuse following England’s loss in the #EURO2020 final.

If you see racial abuse, report it. We are all in this together. pic.twitter.com/L1KBf7lXKc

Despite the COVID-19 outbreak, several restrictions seem to have been neglected.

Going by the visuals, masks were a scant item and social distancing was non-existent.

Other than fighting with Italian fans, the English fans additionally flung bigoted, racist abuses online against Black players who missed penalties for England in the European Championship shootout.

Many fans took to Instagram to leave monkey emoticons on posts by Bukayo Saka, Marcus Rashford, and Jadon Sancho after they missed penalties during the game.

This provoked the English Football Association to give an assertion censuring the language used against the players.

The FA said it was "appalled by the online racism that has been aimed at some of our England players on social media."

"We could not be clearer that anyone behind such disgusting behavior is not welcome in following the team. We will do all we can to support the players affected while urging the toughest punishments possible for anyone responsible," it said in a statement.