Euro 2020: Doubts over Ronaldo dispelled as veteran comes up with the goods 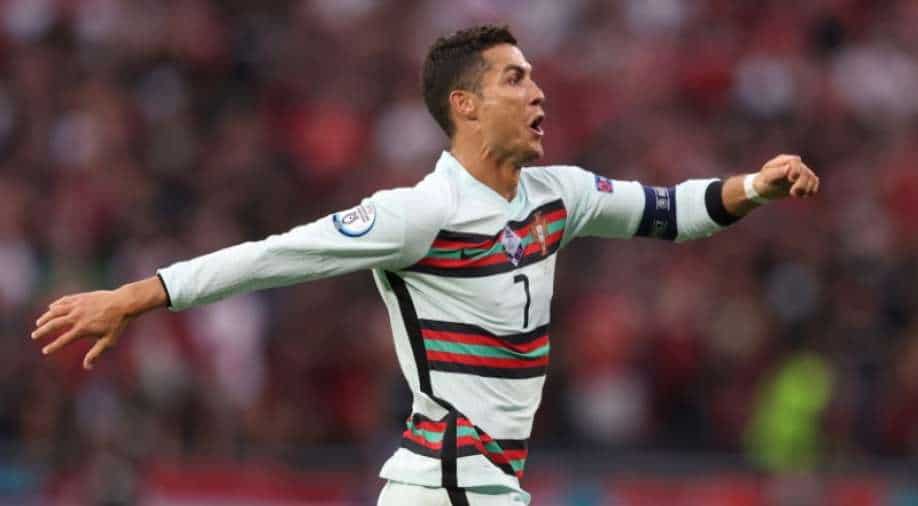 Portugal, the champions in 2016, came into the rearranged tournament as one of the favourites given the attacking talent at coach Fernando Santos' disposal.

Some people doubted whether, after a long and arduous season, 36-year-old Cristiano Ronaldo could still produce the goods for his country, but after Portugal's 3-0 win over Hungary in their Euro 2020 opener on Tuesday, the doubters have their answer.

Portugal, the champions in 2016, came into the rearranged tournament as one of the favourites given the attacking talent at coach Fernando Santos' disposal.

Bruno Fernandes has enjoyed a prolific season at Manchester United and is already one of the club's most crucial players; Diogo Jota has hit the ground running at Liverpool; and Bernardo Silva played a crucial part in Manchester City's Premier League title win.

But as the Premier League trio flattered to deceive in front of a packed, boisterous crowd in Budapest, and Hungary's defence stood firm, Portugal again needed their relentless talisman to pull them through.

He left it late, but he did not disappoint.

It was also a case of another day, another record for Ronaldo. The penalty he converted to put Portugal 2-0 up in the 87th minute ensured he became the first player in European Championship Finals history to reach 10 goals overall, and then 11 with an injury-time strike, overtaking Michel Platini's record of nine - all scored in the 1984 tournament.

It had looked as though it was going to be a frustrating evening for the Juventus forward. He missed a glorious chance in the first half to open the scoring, with his team mates also lacking composure in front of goal.

Jota has now scored one goal in his last 11 matches for club and country, and was replaced in the second half, with the effects of his injury-hit season clear for all to see.

But after Portugal's fortunate opener six minutes from time, it was all about Ronaldo, who added a coolly taken third 177 seconds after firing home from the penalty spot.

The way in which he remained calm before rounding the goalkeeper for his second of the night proved that even when not at his best, his potency in front of goal, when it matters, remains as lethal as ever.

That is now 106 international goals for the veteran, three off the all-time record set by Iran's Ali Daei.

The desire for more goals and records remains stronger than ever. After this imposing start to the tournament, few would bet against Ronaldo surpassing Daei and adding one more accolade to his ever-growing list before Euro 2020 is out.