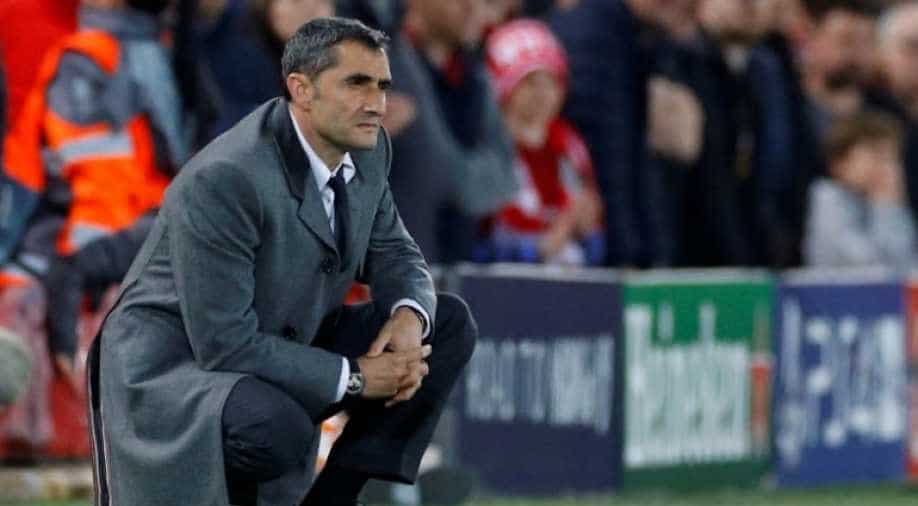 La Liga champions Barcelona signed off their home campaign with a 2-0 win over Getafe on Sunday. The Catalans also ended Getafe's hopes of a maiden top-four finish in the league table.

The result sees Barca end in marginally better spirits a miserable week which saw them being knocked out of the Champions League after losing 4-0 to Liverpool in the semi-final second-leg.

Liverpool overturned a three-goal first-leg deficit as the Redmen produced one of the greatest comebacks in Champions League history.

They advanced to their second successive final with a 4-3 aggregate victory.

A defeat that has led to intense speculation as to whether coach Ernesto Valverde and a host of senior players will still be at the club next season.

But Valverde denied that he is thinking about resigning from the post of Barcelona manager.

In the post-match presentation, Valverde said that he is "absolutely not" thinking about leaving the job.

Barcelona were booed by their own crowd and on being asked about whether he was expecting a negative reaction from the supporters, the coach replied, "Yes!"

Valverde said, "I was expecting it. It's true that at the beginning they whistled us (booed us) a little, but how can you think they are not going to do it? When you suffer a defeat like the one we suffered, people let you know. And it is normal."

"We were expecting this kind of criticism, but we also knew that our fans were going to support us if we did a good match and most of all if we accepted our responsibilities," he concluded.