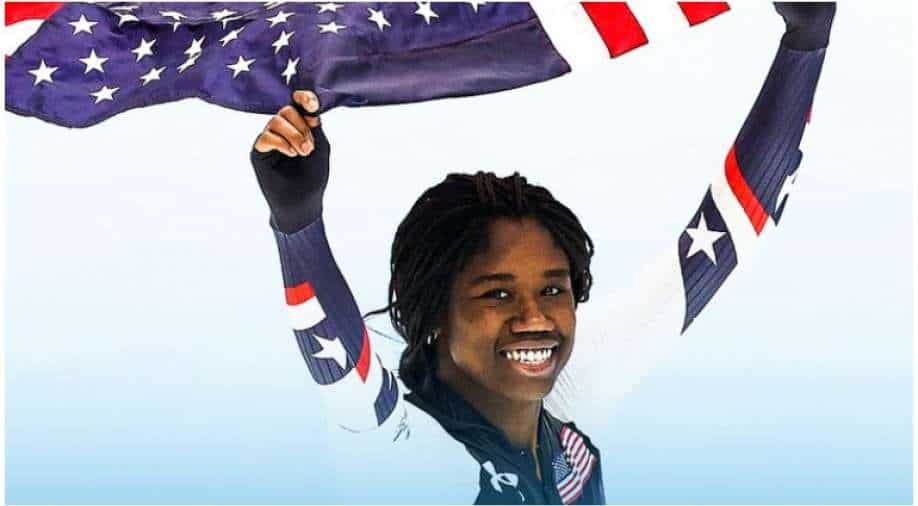 Beijing Winter Olympics: "I wish I could describe how I feel. It is amazing. This medal means so much," an emotional Jackson told reporters. "It has been a tough couple of years and a tough beginning for this year. For this to come around like this I am so happy."

Erin Jackson of the United States won gold in the women`s 500 metres speed skating with an explosive start on Sunday, giving the U.S. its first gold medal in the event since 1994 and first speed skating medal at the Beijing Olympics. She could be seen grinning widely after completing her lap of the National Speed Skating Olympics in 37.04 seconds, but had to wait for the last pair to finish before embracing her coach and bursting into tears.

"I wish I could describe how I feel. It is amazing. This medal means so much," an emotional Jackson told reporters. "It has been a tough couple of years and a tough beginning for this year. For this to come around like this I am so happy."

Jackson could have missed the opportunity to represent the United States after a stumble during the Olympic trials, but her Brittany Bowe gave her spot in the 500m to allow her team mate to take it. "She (Bowe) made a really big sacrifice for me and I`ll be grateful to her forever," Jackson said.
Bowe did eventually qualify for the Olympics after a reallocation of unused spots, finishing 16th out of 30 skaters.

"I`m part of the puzzle, but this one is about her. She stood at the start line and she got that job done today," Bowe said of Jackson. Coach Ryan Shimabukuro said the relationship between Bowe and Jackson showed the camaraderie of the team.

"It`s a team in every sense of the word," he said. "They could see the big picture... Obviously it`s huge, and Brittany (Bowe) knows what it meant," he added. Silver medallist Miho Takagi of Japan set the early pace, coming out on top in the fourth pairing with a time of 37.12 seconds that was not beaten until Jackson`s race.

She appeared unperturbed by the drama on the rink, watching the races as she cycled on an exercise bike with a white mask on. "I was really surprised. When I first looked up to the screen, I thought my time was the result of my opponent," she said. "Winning silver is a bonus. I`m purely happy for that." Takagi, team captain for the Japanese delegation in Beijing, became the first Asian skater to win medals in each of the 500m, 1,000m, and 1,500m distances.

Jackson made an explosive start, keeping a slim lead of one tenth of a second ahead of Takagi throughout the single lap of the oval. Angelina Golikova of the Russian Olympic Committee took bronze in 37.21 seconds. Jackson`s gold was the first medal for an African American woman in speed skating, following in the footsteps of twice gold medallist Shani Davis.

American Davis became the first African American to claim a gold medal in an individual event at the Winter Games when he won the men`s 1,000m speed skating in Turin.