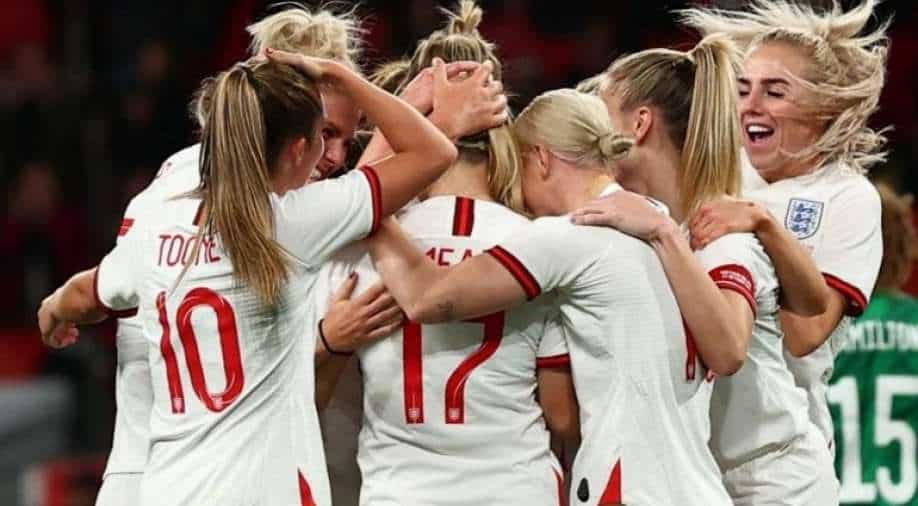 The result smashed the Lionesses previous record win of 13-0 against Hungary in 2005.

White scored twice early on to take her level with and then past Kelly Smith's mark of 46 goals, before completing her hat-trick shortly after the break.

Beth England notched a brace, and there were also goals from Ella Toone, Georgia Stanway, Jess Carter, Jill Scott and Jordan Nobbs on a historic evening in Doncaster.

What a night!! What a way to end 2021 😍 special group, so many records broken and goals achieved. Unbelievable from everyone 🏴󠁧󠁢󠁥󠁮󠁧󠁿❤️ @Lionesses pic.twitter.com/cSVuwxIgde

It's the joy in their faces for us 🥰 pic.twitter.com/ajFvX5sKe3

The result smashed the Lionesses previous record win of 13-0 against Hungary in 2005.

England also hit double figures last month when the sides met in Riga with a 10-0 win.

It was a sixth win from six Group D games for England, their first six fixtures under Sarina Wiegman - a sequence in which they have registered 53 goals and conceded none.

They lead Austria and Northern Ireland by five points with four qualifiers remaining.