Have faith in UEFA to deal with racist abuse: England coach Southgate 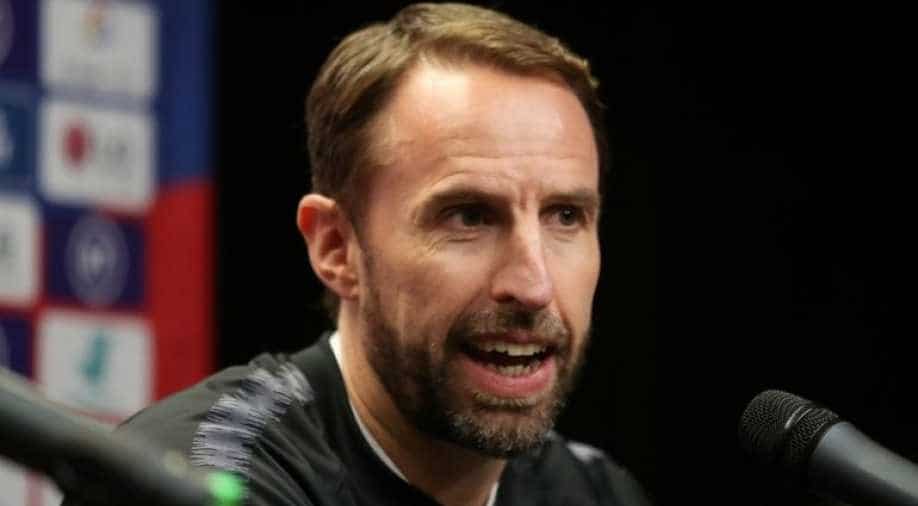 England manager Gareth Southgate has said his team will adhere to UEFA's protocols if they are subjected to racist abuse in their Euro 2020 qualifiers.

England manager Gareth Southgate has said his team will adhere to UEFA's protocols if they are subjected to racist abuse in their Euro 2020 qualifiers but stated that his priority would be to provide a safe environment for his players.

UEFA's three-step protocol if players are racially abused involves the referee first halting play and making an announcement to the supporters to immediately stop racist behaviour.

The second step sees the match suspended for some time and both teams are sent to the dressing room if the abuse continues, with another warning given to the fans. In the third and final step, the referee decides to abandon the match.

"There is the UEFA process and we have to have faith in that process. Then everything else is hypothetical," Southgate told reporters on Thursday.

"We want the players to be able to concentrate on football, they want to be judged on football. What I've got to do is provide a secure, safe environment for them to play."

England play the Czech Republic on Friday and Bulgaria on Monday. UEFA ordered the partial closure of Bulgaria's Vasil Levski stadium after racist behaviour by their supporters in June's qualifiers against the Czechs and Kosovo.

England striker Tammy Abraham indicated this week that the players could act as a group and leave the pitch if subjected to abuse, regardless of UEFA's protocol.

In response, Bulgarian soccer chief Borislav Mihaylov said England players who walk off the pitch should face punishment if they breach UEFA protocol and Southgate tried to defuse the situation.

"We are not trying to create a situation at all, far from it," Southgate said. "We're all hoping that over the next 72 hours, we're just talking about two football matches.

"I think both countries would have a strong desire for that and I have to say again, we don't look at other countries in a way that we don't shine a mirror on our own."

Southgate was referring to a National League game last month between Hartlepool and Dover which was suspended for more than 10 minutes after alleged racist abuse from the supporters.

"What happened in Hartlepool a couple of weeks ago was probably worse than things I've seen or heard about in many other countries in the world," Southgate added. "So, I think we have to be very careful in how we cover everything."

England, who have a game in hand, are top of Group A with 12 points from four games. The Czech Republic is second with nine points and Bulgaria bottom with two.