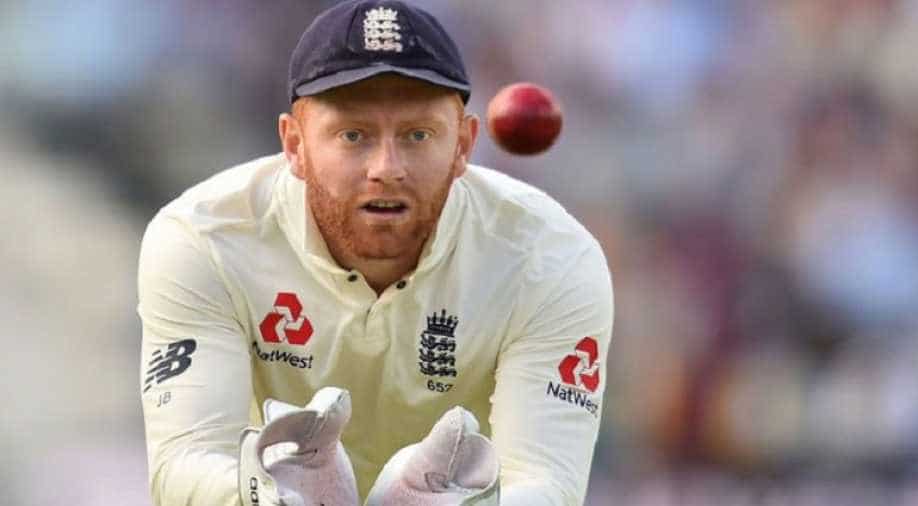 The wicketkeeper-batsman hurt his ankle playing football in a training session and missed the last two games of the five-match ODI series, which England won 3-1.

England's Jonny Bairstow is out of the first Test against Sri Lanka as he recovers after injuring himself playing football, coach Trevor Bayliss said.

The wicketkeeper-batsman hurt his ankle playing football in a training session and missed the last two games of the five-match ODI series, which England won 3-1.

"No, he's not available for this Test match," Bayliss said.

"He has come on a long way in the last week or so but with another winter tour and a big summer we didn't necessarily want to risk it."

Jos Buttler or the uncapped Ben Foakes will take up the wicketkeeping duties for the opening Test of the three-match series starting Tuesday in Galle.

"They're both (Buttler and Foakes) still very much in our thinking and that will probably come down to the combination we want to play," said Bayliss.

"Definitely one of them will be keeping but how we structure the batting order and what combination of bowlers we put in to the team could determine who eventually gets the gloves."

The Joe Root-led side is also mulling dropping paceman Stuart Broad to make way for an extra spinner on a turning Galle track that will be Sri Lankan spin legend Rangana Herath's swansong.

"You leave anyone out with the type of bowler he is then well, yeah, it's very difficult," he said.

"If he does miss out on this one there's every opportunity to play the next one, as with anyone who misses out this Test."