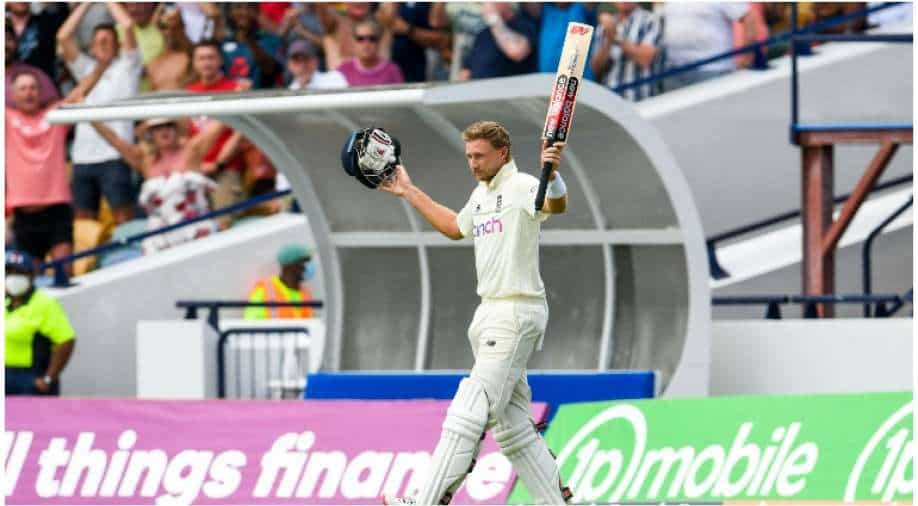 Joe Root went past his predecessor Alastair Cook for the most 150+ scores by an English player in the history of Test cricket (12). He has also narrowed the gap with Virat Kohli in an elite list for Test captains.

Joe Root has been England's run-machine in Tests for quite some time. While he was in superb form in 2021, he has brought his flawless batting form into the new year as well. While the England Test captain ended with the first Test versus hosts West Indies with a gritty 109, in the drawn series opener at Antigua, Root slammed a phenomenal 153 in the ongoing second Test versus Kraigg Brathwaite-led Windies.

While Root went to stumps on the opening day at 119, on Wednesday (March 16) he eventually fell for 153 -- studded with 14 fours. After his knock, the 31-year-old set an all-time English record. Root went past his predecessor Alastair Cook (11) for the most 150+ scores by an English player (12) in the history of Test cricket. In addition, Root has consolidated his tally at the top with the most 150-plus scores among active players. He has, thus, extended his lead over India's former skipper Virat Kohli (10) with most scores in excess of 150 in whites (12) among active batters.

It is to be noted that Root has 7 150-plus scores in the purest format as a Test captain. In the all-time list, only Kohli (9) and Sir Don Bradman (8) are above the current English captain (who is joint third-most along with Michael Clarke, Mahela Jayawardene, Brian Lara and Graeme Smith).

For the unversed, Root's exceptional form sees him as the top run-getter in the second cycle of the ICC World Test Championship (WTC). He has so far amassed 1,161 runs in 11 matches with five hundreds and four half-centuries. Babar Azam occupies the second spot, being 601 runs behind Root (560).

Talking about the second Test between England and West Indies, at Kensington Oval, Bridgetown, Barbados, the hosts are 71-1 at stumps on Day 2 after Root and Ben Stokes' centuries propelled the visitors to 507-9 decl. (150.5 overs).