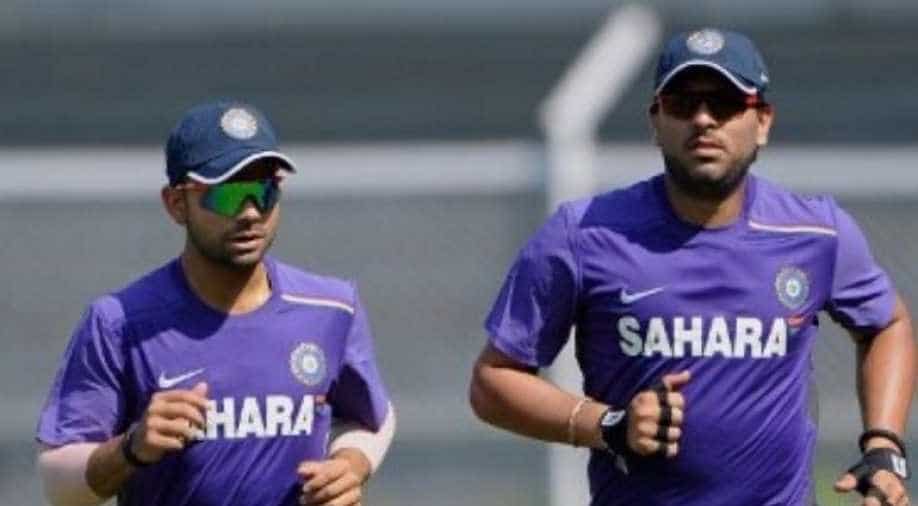 Yuvraj has played a total of 304 ODI matches, out of them he played 110 under Sourav Ganguly and interestingly 104 under MS Dhoni.

India's former prolific all-rounder Yuvraj Singh has revealed that he got more support under Sourav Ganguly than under MS Dhoni and Virat Kohli.

Yuvraj has been vocal about his life and opinions ever since his retirement. Yuvraj began his illustrious career under the then captain Sourav Ganguly against Australia in the Champions Trophy in the year 2000. Ever since then he has played a match-winning role in 2007 T20 World Cup and 2011 ICC World Cup campaigns.

Under Ganguly's captaincy, Yuvraj got to play with Rahul Dravid, Virendra Sehwag, Gautam Gambhir and then he went under MS Dhoni's captaincy.

In a recent interview, Yuvraj said: "I have played under Sourav (Ganguly) and had a lot of support from him. Then Mahi (MS Dhoni) took over. It’s a difficult choice to make between Sourav and Mahi. I have more memories of time under Sourav because of the support he gave me. I didn’t have that kind of support from Mahi and Virat (Kohli)."

Yuvraj has played a total of 304 ODI matches, out of them he played 110 under Sourav Ganguly and interestingly 104 under MS Dhoni.

Yuvraj's record under MS Dhoni is better than his tenure under Ganguly.

When asked about the current coronavirus situation he said: "I think this has its advantages and disadvantages. It’s heartbreaking to see so many people dying all over the world. It is spreading so fast. People, rather than panicking, should visit the official health sites to understand what the disease is. In my case of cancer, I was also very scared in the beginning but then I got the right information, went to the right doctor and hospital. Please understand that these government and official health sites will guide you accurately because there is rampant misinformation about the virus on social media. First of all, people need to stop reading social media and look for correct information."