Decided to take up cricket when it was amateur sport, VVS Laxman tells WION 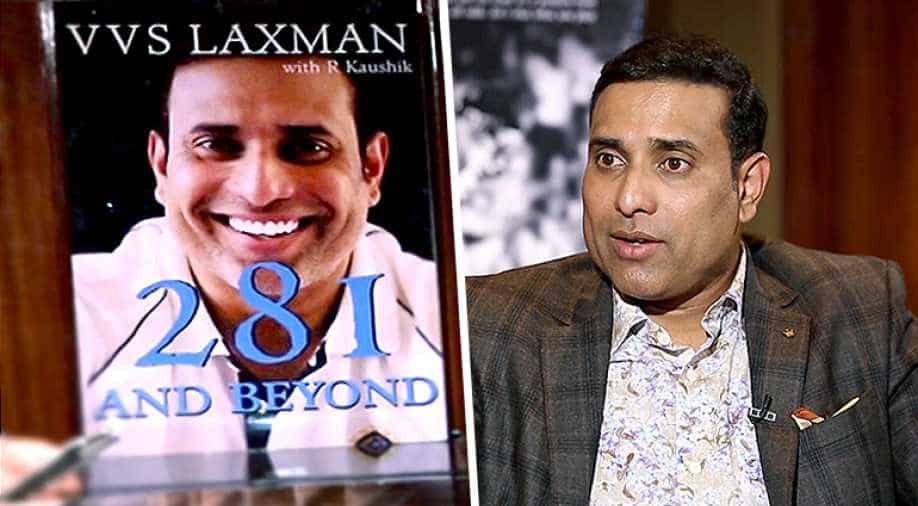 Laxman added that his family gave him a very definite deadline — start playing for the country in five years or come back and go into the family profession, medicine.

VVS Laxman is a name that needs no introduction. In his 15-year-long career, the man has played some breathtaking knocks for India, saved the team in some tricky situations, and set umpteen records.

However, only a few know that the man might not even have become a cricketer in the first place.

Hailing from a family of doctors, everyone thought the former Indian cricketer would go into medicine.  But at the age of 17, and on the verge of getting a medical seat, he made the decision that would change his life completely.

"I was born to eminent doctors in Hyderabad, who were and still continue to be my role models. And also I enjoyed science. In my 10th class, I was first in the state in science and in my 11th and 12th class also I chose science only. I even cracked the common entrance exam for engineering and medicine and through sports quota I almost got enrolled in one of the famous medical colleges in Hyderabad, and simultaneously my cricketing career was also progressing, so that was one of the toughest decisions for me and my family because in early 1990's, cricket was not a professional but an amateur sport."

The former right-handed batsman added that although his parents did not stand in the way of his dream, they did give him a deadline.

"The opportunity came with a deadline of five years. Within those five years, if I don’t achieve my dream of playing for my country, I had to leave the game, come and again pursue my goal of becoming a doctor.

Also read | Steve Waugh's side was best I played against, says VVS Laxman

Since his cricketing days, Laxman has been an admirer of former Indian captain Anil Kumble. He was one of the few cricketers who openly spoke about the strained relation between Kumble and current Indian captain Virat Kohli, which saw Kumble's exit as the Indian coach.

When asked to share the historical moment when Kumble bowled with a broken jaw, Laxman said if anyone could do that was only Anil.

"How can you imagine someone who has got a fractured jaw to come and bowl for his country. He was in immense pain but he knew that we (Indian team) were not able to take wickets.

Laxman also added that nobody was aware of Kumble's decision.

"None of us knew that he would come and suddenly when we saw him walking down, with a bandaged jaw we were all surprised. But if anyone who could do that was Anil as he always had that fighting spirit."

Laxman had an illustrious career where he has played 134 Tests and 86 ODIs but the former batsman had many on and off the scuffles with former Indian coach Greg Chappell.

On being asked what do you think was the reason behind such altercations, Laxman said that Chappell lacked man management skills.

Currently coached by Ravi Shastri, the Men in Blue are on a tour of Australia where they will play four Tests, three One-Day Internationals (ODIs) and three Twenty20 International (T20I) matches.