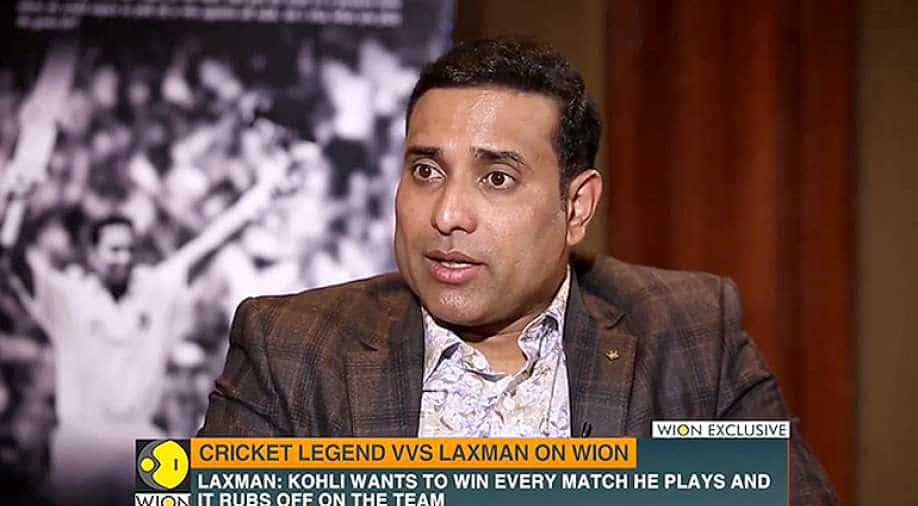 India's captain Virat Kohli has "already left a legacy" with his batting, in all the three formats of cricket, said former India Test great VVS Laxman and added that Indian players are far more experienced and talented than the Australian team as Virat's side is currently on a tour Down Under.

The T20 series ended in a draw and the Test series got underway on December 6, in which India will look to create history as they have never won a Test series on Australia soil.

Laxman, who his remembered for his several match-winning and match-saving innings, in an interview to WION's sports editor Digvijay Singh Deo shared his thoughts on Virat's leadership and team's performance.

"He [Virat] has become a role model. I think this is a great opportunity for Virat Kohli the captain to leave a legacy behind. Because he has got a very formidable team playing against an unsettled Australian team and if you compare player to player, I think Indian players are far more experienced and talented than the Australian team," Laxman said.

The former middle-order great also praised Virat's fitness, saying, "He is very disciplined about his fitness, about his diet."

One can see the intensity with which Kohli prepares, and how meaningful those practice sessions are, and because of that he goes out and consistently delivers for the team, he said.

On being asked about the team's comparison with the former teams, Laxman replied that he doesn't like comparisons. He said, "I don't like to compare teams and players from different generations."

"I have always been of this opinion because the challenges, the opportunities, the conditions, the situations were totally different. I think it is not right or fair to compare teams from different generations," he said.

Laxman has an aggregate of 8781 runs in his Test career playing a total of 225 innings. His performance against Australia is worth mentioning as he scored 2434 runs in 29 matches with a strike rate of 54.33, including six centuries and 12 half-centuries.

Laxman also expressed his views on Virat's resemblance with former captain Sourav Ganguly. He said that Virat is "very positive".

"If you talk about his first Test as captain, there were two choices - play for a draw or go out and play positively, with an aggressive approach and look for a win.

"He chose to play with an aggressive approach," appreciated Laxman.

"The team didn't win that match but that made a statement - that was a very very bold statement that 'I'm the captain, I want team India to play in this fashion'.

For the first Test of the Australian tour in December 2014, Dhoni was not part of the Indian team at Adelaide due to an injury, and Kohli took the reins as Test captain for the first time.

In the second innings, India needed 364, Kohli came in to bat when the Indian innings was reduced to 57/2.

He put on 185 runs for the third wicket with Murali Vijay, however, India was bowled out for 315 with Kohli's 141 off 175 balls being the top score.

Laxman said, "I think it all boils down to what the leader is showcasing. I think he is very aggressive, but the important thing is that the aggression is not artificial."

"That is something which is very important. Everyone should be as natural as possible and they will be successful. If you are artificial about it, it will eventually show," Laxman concluded.

'Never give up': Netizens react to Fawad Alam's gritty 100 against South Africa

'It came from Virat': Indian batting coach reveals the reason behind Pant's promotion in batting order