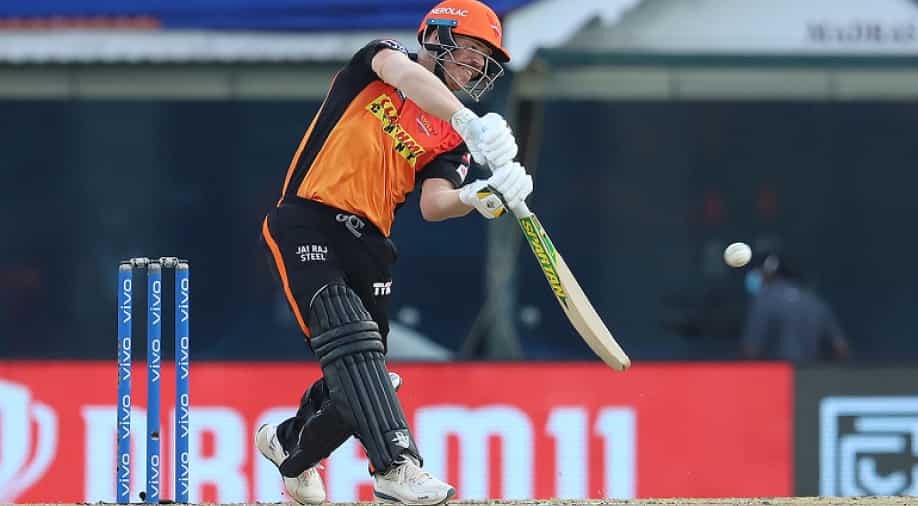 David Warner has confirmed he will be released by SRH. | Photo - IPL | Photograph:( Others )

Former Sunrisers Hyderabad (SRH) captain David Warner has confirmed he will not be retained by the Orange Army ahead of the IPL mega auction.

The deadline for Indian Premier League (IPL) retentions ahead of the mega auction is over as the existing eight franchises had until 12:00 PM on Tuesday (November 30) to submit the final list of retained players. A lot of questions will be answered by the end of the day as all eight teams will reveal the names of the players they have decided to keep ahead of the new season.

Sunrisers Hyderabad (SRH) are reportedly considering retaining only captain Kane Williamson. The franchise are also in talks with their star spinner Rashid Khan but it remains uncertain whether he has been kept or not. Meanwhile, former SRH captain David Warner has confirmed he has been released by the franchise despite his stellar campaign in the T20 World Cup 2021 where he bagged the Player of the Tournament award for 289 runs in seven matches for Australia.

One of the most consistent batters in the history of the Indian Premier League, Warner has been instrumental in Sunrisers' success over the years. However, the treatment dished out to him by the franchise in IPL 2021 was nothing less than humiliating as he was first sacked from captaincy before being dropped from the playing XI entirely. Warner managed only eight appearances for SRH in IPL 2021 in what was a disappointing season for him.

Ahead of the mega auction, Warner has confirmed SRH will not be retaining him and that he can't do anything about it. Despite his fallout with the franchise last season, the Aussie left-hander remains hugely popular among the SRH fans. One of the fans recently asked him if he will continue playing for SRH if they retain him, Warner responded by stating that - "They won't but I can't do anything about that". 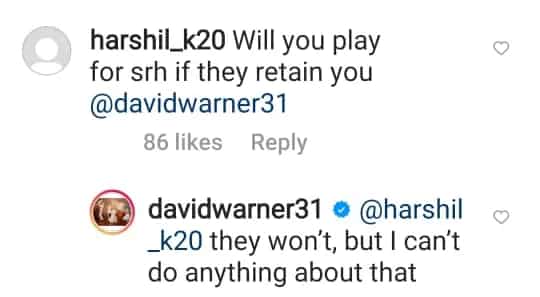 Also Read: Dhoni to Rohit: Complete list of reported retentions for all 8 franchises ahead of IPL mega auction

Warner is the leading run-getter for Sunrisers Hyderabad with 4014 runs in 95 matches for the one-time champions. He remains the only captain to have led the Orange Army to an IPL title and is likely to trigger a bidding war at the auction table in case he is not picked by one of the two new teams.