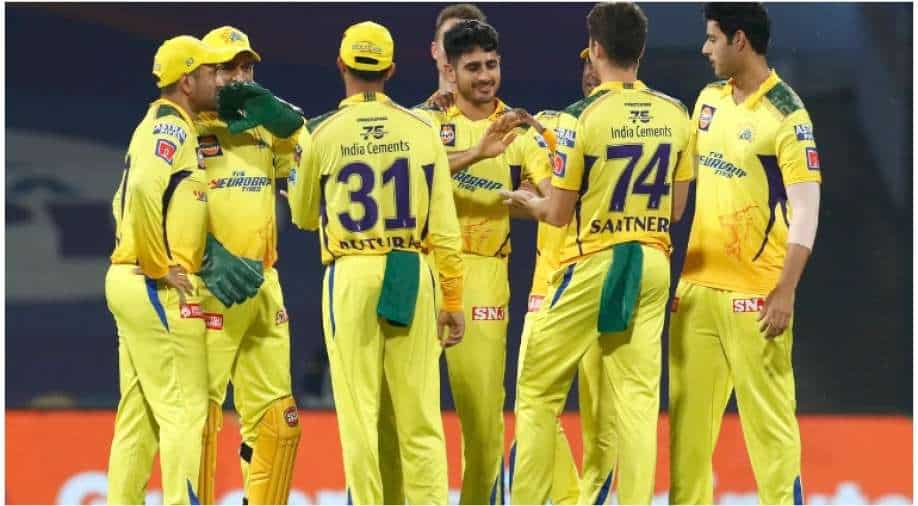 CSK consolidates lead with most wins of last-ball in IPL history after MI tie (Photo IPL/BCCI) Photograph:( Others )

IPL 2022: The defending champions Chennai Super Kings (CSK) have now stretched their lead with the most last-ball victories in IPL history after a three-win win over Mumbai Indians (MI) in match 33.

In reply, Chennai lost Ruturaj Gaikwad on the first ball of the run-chase. However, Robin Uthappa's 25-ball 30 and Ambati Rayudu's 35-ball 40 kept CSK in the hunt and they were 88 for 3 before soon being reduced to 106-6. The onus finally fell on Dwaine Pretorius-MS Dhoni as the duo rescued the ship with the South African all-rounder's 14-ball 22 and former captain Dhoni's 13-ball 28 not out.

Eventually, CSK needed 16 off the final four deliveries before Dhoni upped the ante, versus MI's Jaydev Unadkat, as the Yellow Army pulled off a heist on the final delivery of the contest. In this way, the defending champions Chennai have now stretched their lead with most last-ball victories in IPL history.

ALSO READ | Can we request MS Dhoni to come out of retirement for T20 WC, says ex-India pacer after CSK beat MI

Most wins of last-ball in IPL history

At the post-match presentation, skipper Jadeja pointed out, "We were very tense the way game was going. But the great finisher of the game was still there, so we knew we had a chance. He's still here and doing it for us. Yes, he (Mukesh) has bowled well upfront and done well for us in the powerplay. If you aren't winning games, you still want to be calm. (On him dropping catches) It happens, that's why I never take fielding for granted and practise hard. We need to work on our fielding, can't afford to drop catches."

With this win, CSK continue to hold onto the penultimate spot in the points table with two wins from seven encounters. They still have a chance to enter the playoffs. Meanwhile, MI have now lost their opening seven games, most by any team in a season. Rohit Sharma & Co. are almost out of contention from the playoffs race.