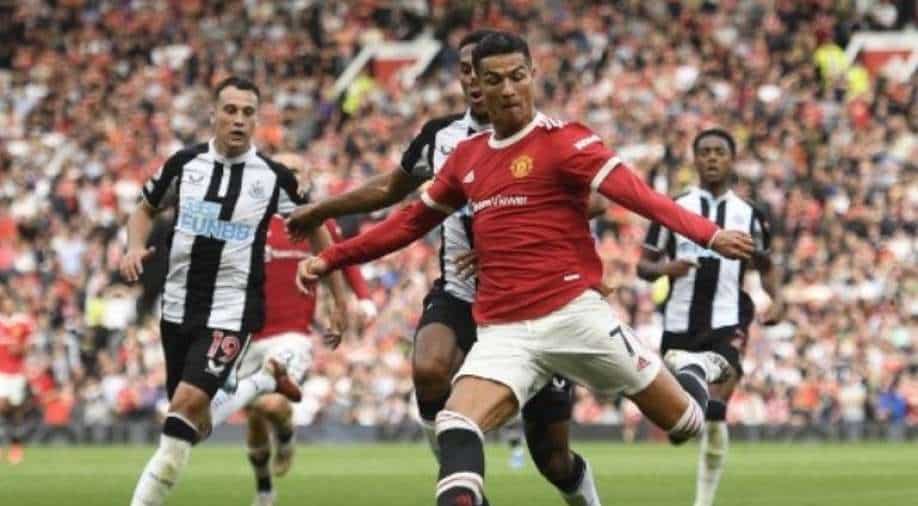 Cristiano Ronaldo returned to Old Trafford in style by scoring twice in Manchester United's stunning 4-1 win over Newcastle United in the Premier League on Saturday (September 11).

Cristiano Ronaldo returned to Old Trafford in style as he commenced his second innings at Manchester United with two goals in the Red Devils' 4-1 win over Newcastle United. In the Premier League clash, on Saturday (September 11), the crowd came in large numbers to witness the 36-year-old Ronaldo's return in United's jersey and he didn't disappoint his fans.

Ronaldo opened his account, in the extra time of the first-half, and once again send fans into a frenzy by adding one more goal to his tally in the 62nd minute. Seeing his son's historic return to the Red Devils' army, Ronaldo's mother got emotional and was moved to tears. For the unversed, Ronaldo's mother Maria Dolores was also in the stands whereas Sir Alex Ferguson, the Portugal captain's mentor in football, was also left beaming with pride seeing CR7's dream return from the stadium.

Ronaldo’s Mum behind me after him scoring, my heart cannot cope pic.twitter.com/klzl3Ysafm

Just like his mother, Ronaldo's ardent fans were also emotional seeing his dream return in United's jersey. The team is looking stronger than ever, with the presence of Harry Maguire, David de Gea, Jesse Lingard, Bruno Fernandes, etc., and will look to go the distance and clinch the Premier League title this time around.

Post Ronaldo's sensational return, team manager Ole Solskjaer told after the match, "It feels like one of the old days. It’s special. Cristiano Ronaldo is a special man and a special player for us in the history of the club. Of course, everyone when they come into the team they have to introduce themselves, maybe not everyone knows his [Ronaldo] name. They do now," he added.