Cricket: 'With better facilities, I would've played for the India at a younger age' - Virender Sehwag 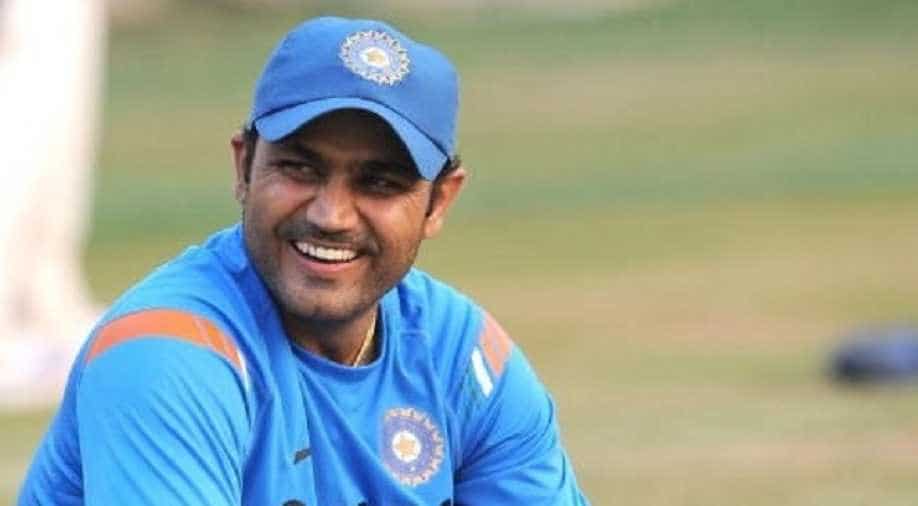 He began his journey with the Men in Blue as a middle-order batsman and went on to become a prolific opener for the team.

Former Indian batsman Virender Sehwag played at the international level for around 14 years. His brute batting style made him one of the most feared batsmen.

ALSO READ: Danish Kaneria feels this Indian batsman is 'due for double-century' in WTC Finals

He began his journey with the Men in Blue as a middle-order batsman and went on to become a prolific opener for the team.

However, Sehwag has now said that he would have played for India at a younger age had he got the support of modern technologies like the internet.

"Today, there are videos available on the internet about all things cricket to learn for the younger people. Maybe if I had those facilities in my day, I would have learned things faster and possibly had played for the Indian team at a younger age," Sehwag said while speaking during the launch of the Circuru App.

Virender Sehwag was the first batsman to smash a triple century in Test cricket, he is also the only batsman to score a triple ton twice.

He revealed that he first started watching cricket during the 1992 World Cup and was inspired by Sachin Tendulkar's straight drive.

"I started seeing cricket on television during the 1992 World Cup and by looking on television, I tried to learn the straight drive of Sachin Tendulkar," he said.