Cricket: 'We known each other for a long time': Kane Williamson on his friendship with Virat Kohli 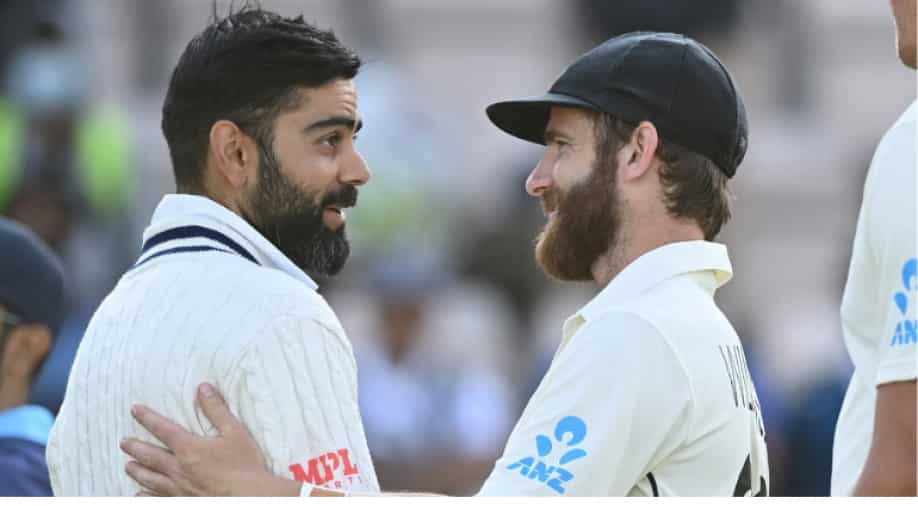 New Zealand captain Kane Williamson opened up on his friendship with Virat Kohli, saying the two skippers have known each other for quite a while and they are mates.

New Zealand captain Kane Williamson opened up on his friendship with Virat Kohli, saying the two skippers have known each other for quite a while and they are mates. Virat Kohli and Kane Williamson are known to share a common regard for one another, and surprisingly after India's loss in the World Test Championship final, their fellowship stood apart as the two commanders shared a warm embrace after a wild battle on the field.

Prominently, both Virat Kohli and Kane Williamson had met without precedent for the 2008 ICC U-19 World Cup competition in Malaysia where the last had crushed the Kiwis in the elimination round.

Their careers have evolved parallelly. Talking to India Today, Kane Willaimson said: "It was a great moment, you know, toe to toe, and obviously, Virat and I have known each other for a long time and we're mates. And that's always a great part of the sport as well that over the years you get the opportunity to meet people all around the world, form these different friendships through these different experiences you have had either together or against each other and often find a bit of common ground and share a few common interests and that's quite special."

Kane Williamson, who played ostensibly the main hand in his side's 8-wicket prevail upon India, likewise praised his phenomenal adversaries for how they held themselves in a loss. He said that the Indian players' viewpoint is just about as uncommon as their ability.

"Yeah, I mean, that's perhaps another thing - going into a final, there's emotion, both teams are pushing and want to get across the line and you have a fantastic side like India but also the way they are playing their cricket. I'm sure that's something the public can relate to, in India and around the world. Coming off second in this one and, you know, the way they hold themselves as the ambassadors of the game is I think, an equally special thing to the talents that they bring."

Kane Williamson additionally talked about his team's blissful celebrations subsequent to winning the Test mace. The skipper said he was attempting to keep the celebrations controlled however his teammates wouldn't pay attention to him at that point. He conceded that the response was for the most part a development of New Zealand's some nearby shave routs in the new past.

"I was trying to tell the guys to just keep calm but they weren't listening to me much. There was a lot of elation, I suppose, and there was a whole mix of feelings and emotions. You mentioned a number of our past experiences and there were a number of guys involved in all of those and there were some that weren't and so I think everyone felt a little bit different," he said.

"For me, being involved with the team as a leader the focus is often on but the team as a whole and perhaps the bigger picture on how it's tracking and trying to operate in that space as well as you can. The rewards that come or don't, for me, are by-products of that," he concluded.