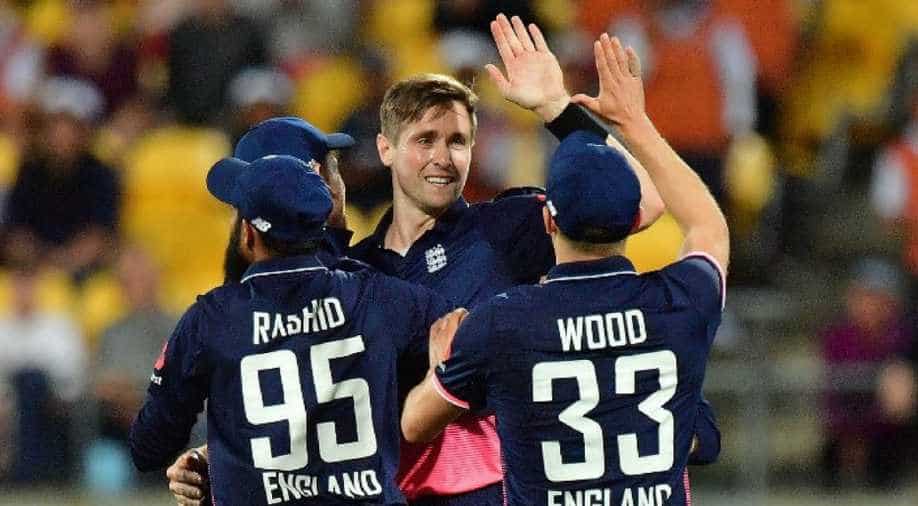 England broke the jinx of not winning at Wellington soil by defeating New Zealand in a low scoring match in the 3rd One-Day-Internationals and took a 2-1 lead in the five-match series.

At number two Joe Root came in but lost his wicket too after scoring 20 odd runs for the team. A lot was expected from Ben Stokes but even he failed to perform and got outbowled by Ish Sodhi.

Batting at number four, Eoin Morgan tried to salvage England and pushed the run rate but returned to the pavilion in the 36th over after scoring 48 runs.

All credit goes to England's spin-twins, Moeen Ali and Adil Rashid as together they took 5 crucial wickets and salvaged English side to recover after scoring a low total.

"My plan was just to try and bowl tight, it doesn't really change game to game, and the wickets just came," said the man of the match Ali, who finished with three for 36 while Rashid took two for 34.

"They weren't great balls, but the balls in between were building pressure."

For New Zealand, Martin Guptill and Colin Munro started off the innings to achieve the target of 234 runs set by England.

Chris Woakes outbowled star opener Martin Guptill in the 3rd over itself to send the first warning to the New Zealand's batsmen.

A chaotic inning from Colin Munro ended after scoring 49 runs. He got three lifelines in the 3rd over, a run out was missed and also a catch was dropped as the ball landed in no man's area but close to three English fielders.

Kane Williamson contributed well to the team, he found a determined ally in Mitchell Santner but under pressure, Santner threw his wicket after scoring 41 crucial runs and fell short in running between the wickets. Despite Williamson's magnificent ton, New Zealand could not stand in front of English bowlers.

Click here to know what happened in the first innings.