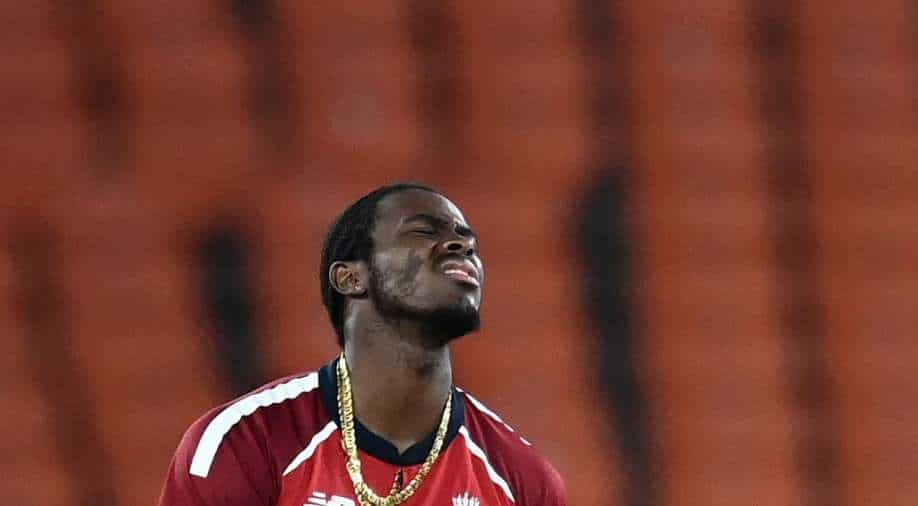 Express England speedster Jofra Archer has commenced a period of “intensive rehabilitation” after undergoing elbow surgery. However, Archer will not get to know about a potential comeback date for at least a month.

Express England speedster Jofra Archer has commenced a period of “intensive rehabilitation” after undergoing elbow surgery. However, Archer will not get to know about a potential comeback date for at least a month.

The England pacer has been in pain in his right elbow for around 18 months and finally went under the knife at the end of last week. He had broken down during his First-Class return for Sussex.

Following an intense period of recovery, overseen by England, Archer’s condition will be reviewed towards the end of June. He has already been ruled out of the Test series against New Zealand and is certain to miss the white-ball series against Sri Lanka and Pakistan.

England would hope to have him fir for the five-Test series against India but the T20 World Cup in October remains a priority.

A statement from the ECB read: “England and Sussex seam bowler Jofra Archer had surgery to address his long-standing elbow issues on Friday.

“Archer will now commence an intensive rehabilitation period working with the ECB and Sussex medical teams. His progress will be reviewed by his consultant in approximately four weeks’ time at which point further guidance will be provided as to when he can return to bowling. A further update will be given at the time.”

In Archer’s absence, England will look to Mark Wood, Chris Woakes, Ollie Robinson, Craig Overton, Olly Stone while the duo of James Anderson and Stuart Broad spearhead the devastating pace-attack in the longest format of the game.

England will eye a comeback against India after suffering a series defeat in their away series earlier in the year.