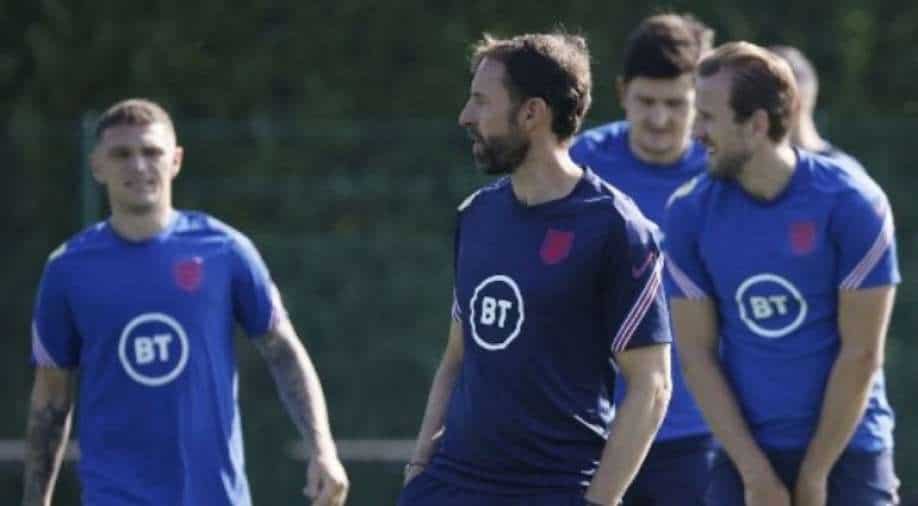 England coach Gareth Southgate revealed that some footballers are not vaccinated against the deadly coronavirus and some are not telling their vaccine status because their opinions might be influenced by "conspiracy theories" on social media forums.

Reports published by British media suggest only seven of England's 20 top-flight clubs have more than 50 per cent of their squad fully vaccinated, although there are no official figures or statements available on the same.

"Most of the players had to wait longer, a lot of them already caught the virus – and this is me theorising – maybe they feel they already have antibodies from that," Southgate told British media on Friday (October 8).

"At their age, they are more open to some of these conspiracy theories because they are reading social media more, they are perhaps more vulnerable to those sort of views," he added.

Although Southgate didn't take anybody's name, but his comments are very similar to a recent report published by Daily Mail that some players are not only refusing to get vaccinated but they are spreading so-called "conspiracy theories" involving Bill Gates, infertility and the power of vitamins about the vaccines.

"From what I can see there is a bit of confusion around. And there are several different threads there to why they are choosing to be jabbed or not to speak publicly about it," said Southgate.

Southgate said he understands why players may not want to speak about having the vaccine. "As I've said all along, I don't see a better way of getting through the pandemic than a vaccination programme," he added.

"Nobody has come up with anything. They have come up with reasons not to be jabbed but I've not heard them coming up with a better solution... It's a very complex subject. A very toxic subject and maybe that is why people are a little bit more reluctant to speak up."

Southgate also said that he is unsure of how many of his current England squad are fully vaccinated against the virus, which has caused more than five million deaths globally according to a Reuters tally.

Recently, Callum Robinson of the Republic of Ireland, who plays for West Brom in the English Premier League, has admitted he has chosen not to be vaccinated against coronavirus (COVID-19) despite contracting the virus twice.

Roma striker Tammy Abraham confirmed earlier this week that he had been jabbed, on the other hand, Fikayo Tomori, who plays for AC Milan, chose not to divulge his status, saying it was a "personal issue".