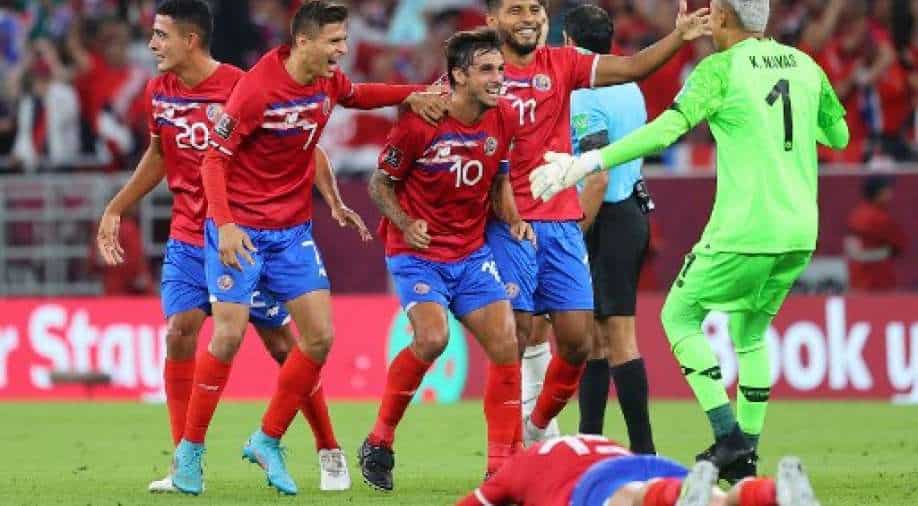 Costa Rica qualified to clinch a place in Group E and will now play against Japan, Germany and Spain during the World Cup in Qatar later this year.

Costa Rica booked the final berth of the FIFA World Cup football tournament to be played later this year as they edged out New Zealand in a playoff.

Joel Campbell was the hero as he scored Costa Rica's lone goal after just three minutes as New Zealand failed to qualify for the World Cup finals.

New Zealand's luck ran out as they were disallowed a goal by VAR and the situation turned grim after Kosta Barbarouses was sent off in the 69th minute reducing the team to ten men.

New Zealand put up a spirited effort but failed to score as Costa Rica held on to beat the Kiwis.

Costa Rica qualified to clinch a place in Group E in the World Cup along with Japan, Germany and Spain.

New Zealand coach Danny Hay felt disappointed after the match as he felt "only one team" was "trying to put together good quality football".

Hay felt New Zealand was the "better team" even as Costa Rica's coach Luis Fernando admitted that his team struggled after scoring early.

The World Cup will kick off in Qatar on November 21 and the finals will be played in Doha's Lusail Stadium on December 18.