Chelsea's Hazard out of Europa game with ankle knock 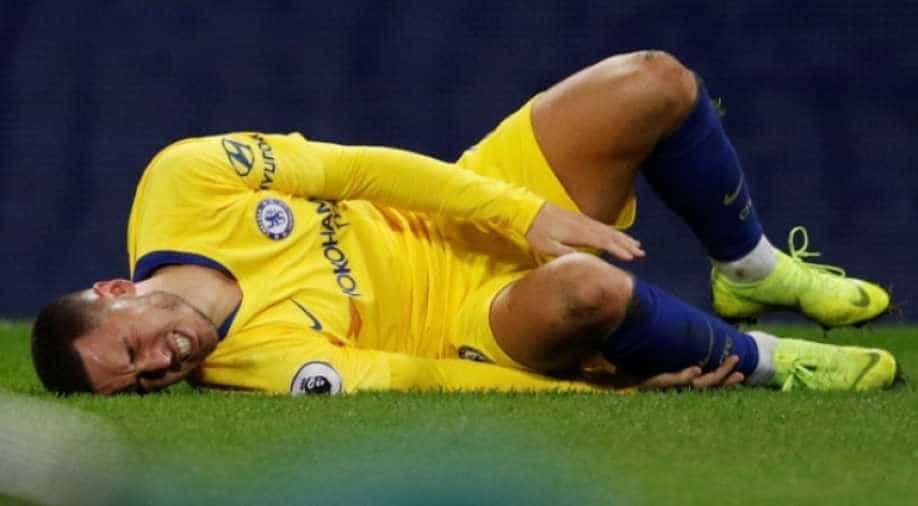 Chelsea are top of Group L with 12 points from four matches and need one point from their two remaining games to secure qualification to the knockout stages as group winners.

Chelsea forward Eden Hazard will miss Thursday's Europa League game against Greek side PAOK Salonika due to a minor ankle injury, but should recover in time to face Fulham in the Premier League on Sunday, manager Maurizio Sarri said.

Hazard played the full 90 minutes of Chelsea's 3-1 defeat by Tottenham Hotspur on Saturday and was limping towards the end, but Sarri allayed fears that the Belgium international was facing a long spell out injured.

"Hazard, of course, it is not a serious injury," the Italian told a news conference on Wednesday. "He will not be able to play tomorrow but I think he will be able to recover for the Premier League match."

Hazard has been used sparingly in Europe this season, with Sarri choosing to keep his top goalscorer fresh for the Premier League, but the manager said he was worried that the Belgian was still being overworked.

"I am worried because he had a back injury (earlier in the season) and now ankle, so he has lost a lot of training," Sarri said. "It's normal he is not at the top form of his physical condition. He has one week and a couple of matches.

"This week it is useful for him to have training. Of course he cannot play 10 matches in 30 days, so sometimes he has to rest."

Chelsea are top of Group L with 12 points from four matches and need one point from their two remaining games to secure qualification to the knockout stages as group winners.

The defeat by Tottenham was Chelsea's first loss of the season, and Sarri called on his players for a reaction, saying he wanted to see more grit from his team.

"On Saturday we played very badly, a match without determination," he said.

"We have to understand why we played against Spurs without the determination, it is not normal.

Victor Moses, who can play in defence or on the wing, will also miss the match at Stamford Bridge because of a back problem.