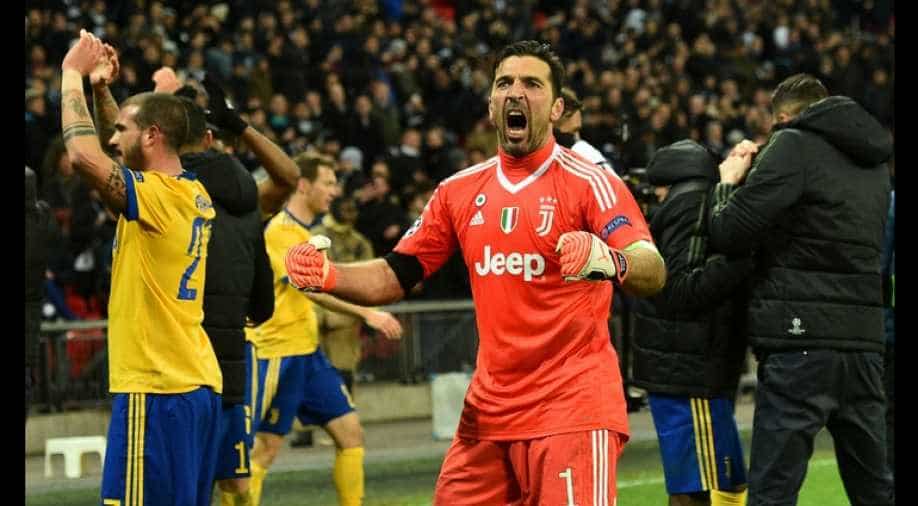 Juventus relied on their warrior instincts, according to midfielder Blaise Matuidi, as they stunned Tottenham Hotspur 2-1 to reach the Champions League quarter-finals 4-3 on aggregate at Wembley on Wednesday.

Needing to score twice in the second half, the Italians appeared to be heading out until goals by Gonzalo Higuain and Paulo Dybala in the 64th and 67th minutes cancelled out Son Heung-min's opener for Tottenham, ending a poor run against English clubs in two-legged European ties.

Manchester United, Arsenal, Liverpool and Chelsea had all beaten Juventus in the knockout phase of the Champions League and they lost to Fulham in the Europa League.

But Massimiliano Allegri's side are made of sterner stuff, as they have proved by reaching two of the last three Champions League finals and now going on a 21-match unbeaten run in all competitions this season.

"We weren't in a great position after the 2-2 at home. We knew we could score here, we did that," 30-year-old Frenchman Matuidi, who missed the first leg, told reporters.

"We were up against a very very good team that has super players and plays good football. They finished top of their group. It was a challenge, one that we faced with heart and a warrior spirit and that made the difference."

No one typifies that more than 36-year-old Andrea Barzagli, a rugged no-nonsense pillar in a back four with more than 170 Champions League appearances between them.

When Tottenham threw everything at Juve in a desperate late assault to salvage their dream, he along with Giorgio Chiellini, Medhi Benatia and Alex Sandro stood firm in the storm.

Barzagli believes it is their kindred spirit that will make Juve feared quarter-final opponents.

"We can really achieve anything with this great character, we played badly for over one hour and than turned everything around with two great goals," he said.

"We were also lucky, but I think you deserve luck when you are ready to fight and sacrifice as we did tonight."

Chiellini said a calmness under pressure had allowed Juve to reach the quarter-final for the third time in their last five appearances in the competition.

"At halftime we told ourselves that we had to remain calm despite suffering so much because our chances would come," he said.

"Tottenham proved to be a great team, I think they are missing very little in becoming one of the best teams in Europe, maybe some experience.

"A few years ago we were in the same place, and reaching two finals in the last three seasons helped us to better handle these kinds of games."

Allegri, whose decision to send on fresh legs in the shape of Kwadwo Asamoah and Stephan Lichtsteiner on the hour proved a masterstroke, praised his side's durability.

"The lads were patient to wait for the right moment to hit them," he said. "Considering the whole 180 minutes, I think our qualification was deserved.

"In the first half we suffered a lot against a team with great quality. I decided that we needed fresh legs on the flanks, so I put Asamoah and Lichtsteiner in. I'm happy it paid off."