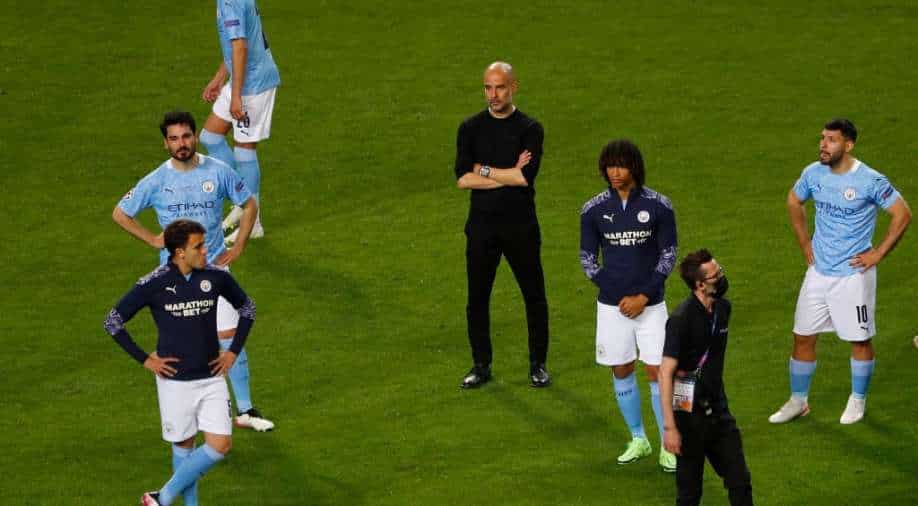 Chelsea lifted their second UEFA Champions League trophy as the Thomas Tuchel side outclassed Manchester City to win the summit clash 1-0 While Manchester City have themselves to blame for a forgettable outing in Porto, Chelsea were up for every tactical nuance that Guardiola threw in front of them.

Chelsea lifted their second UEFA Champions League trophy as the Thomas Tuchel side outclassed Manchester City to win the summit clash 1-0, thanks to a defence-splitting pass by Mason Mount to find Kai Havertz in the 42nd minute as the young German rounded Ederson to net his first-ever goal – the one he will savour forever – in the biggest club competition.

While Manchester City have themselves to blame for a forgettable outing in Porto, Chelsea were up for every tactical nuance which Guardiola threw in front of them. The genius of N’Golo Kante produced one of the most breathtaking performances by a defensive midfielder as he swept and stole every ball that came his way. Whereas, young Reece James and Ben Chilwell nullified whatever threat the wingers – Raheem Sterling and Riyad Mahrez – had, if any, on the night.

Manchester City headed into the final against Chelsea as favourites. Given the impressive shows on the road to the final, Man City were expected to blow Chelsea over by their quality and form. However, the Premier League champions imploded on the night. 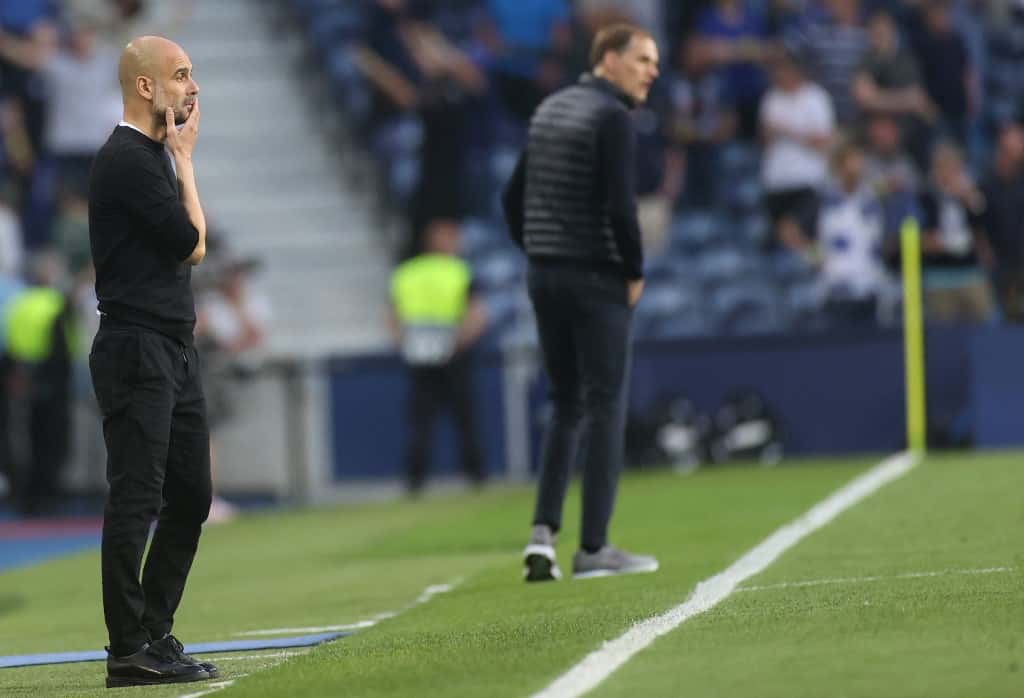 Guardiola lost his first cup final as Manchester City manager, and second major cup final defeat of his managerial career - after the Copa del Rey in 2010-11.

So where did Manchester City lose the Champions League final against Chelsea?

Manchester City’s game is based on patience and finding that perfect time to accelerate the tempo. The Cityzens did it to almost perfection during the course of the Premier League and League Cup-winning campaign but Guardiola decided to tweak the formation. Man City, in the 2020-21 season, played 59 out of 60 matches with either of Fernandinho or Rodri in the playing XI – the defensive midfielders, integral to rhythm of the match while providing stability to the defensive line.

Guardiola went without either of them in the Champions League final and put Ilkay Gundogan, club’s highest goal-scorer this season in a holding position. Phil Foden, who excelled as left-winger this season, played as a number eight while Kevin De Bruyne dropped deep to link-up the play. Nothing worked as N’Golo Kante, Jorginho and Mason Mount continued to crowd the space in between. As Kante swept and cleaned almost every ball in the midfielder, Jorginho and Mount were present to find the relentless runs by Timo Werner. 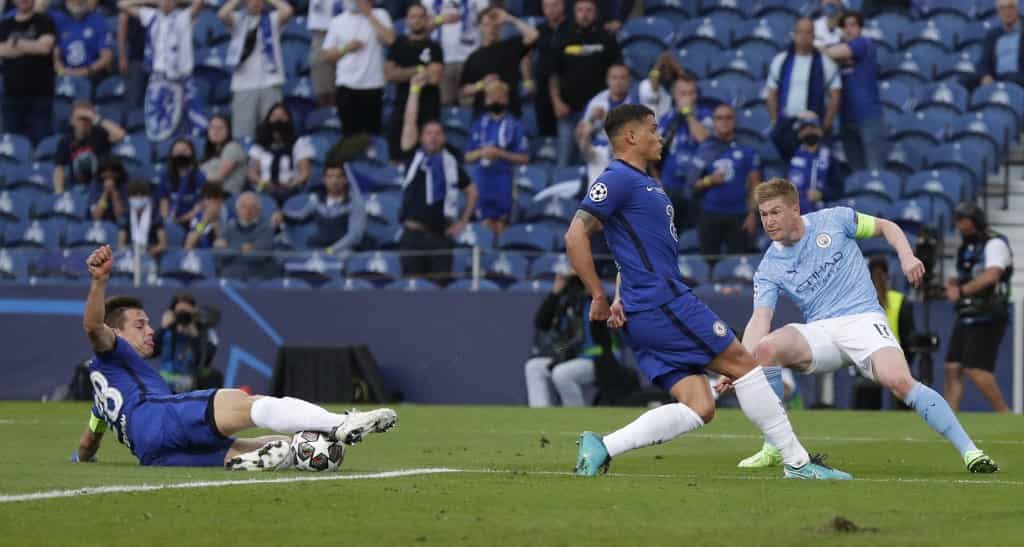 Guardiola spoke glowingly ahead of the game on how Tuchel's switch to a 3-4-3 formation had transformed Chelsea's season and denied City's abundance of creative midfielders space between the lines in their two previous meetings.

Often accused of overly tinkering with his line-ups when the pressure is ramped up in the final stages of the Champions League, Guardiola's bold call to start without a recognised holding midfielder backfired.

“I did the best in the selection. Against Lyon like it was against PSG, Dortmund, I tried the selection the best to win the game. The players know it, I think Gundogan played good, we were exceptional,” Guardiola said after the crushing defeat to Chelsea in the final of Champions League.

Many were left surprised when Manchester City named Raheem Sterling as one of the starters in the Champions League final. The Englishman didn’t enjoy the best of seasons and mostly struggled to find his A-game. Even when Sterling’s positioning and speed helped him to be in goal-scoring spaces, the 26-year-old has more often ended up scuffing his chances, during the course of the season.

Maybe, Guardiola wanted to take the pace of Reece James out of the game by planting Sterling on the left-wing but the tweak didn’t help as the Chelsea right wing-back kept tight on his England teammate. More surprisingly, Riyad Mahrez, who has been one of the finest performers in Europe this season, was asked to drift inwards without the ball, to create more space for Kyle Walker to explore his pace.

While Mahrez, most of the time, found no space to get on with his trickery, Walker found himself isolated in the wings when bombing forward.  Another move, which Guardiola, in hindsight, would be gutted about. 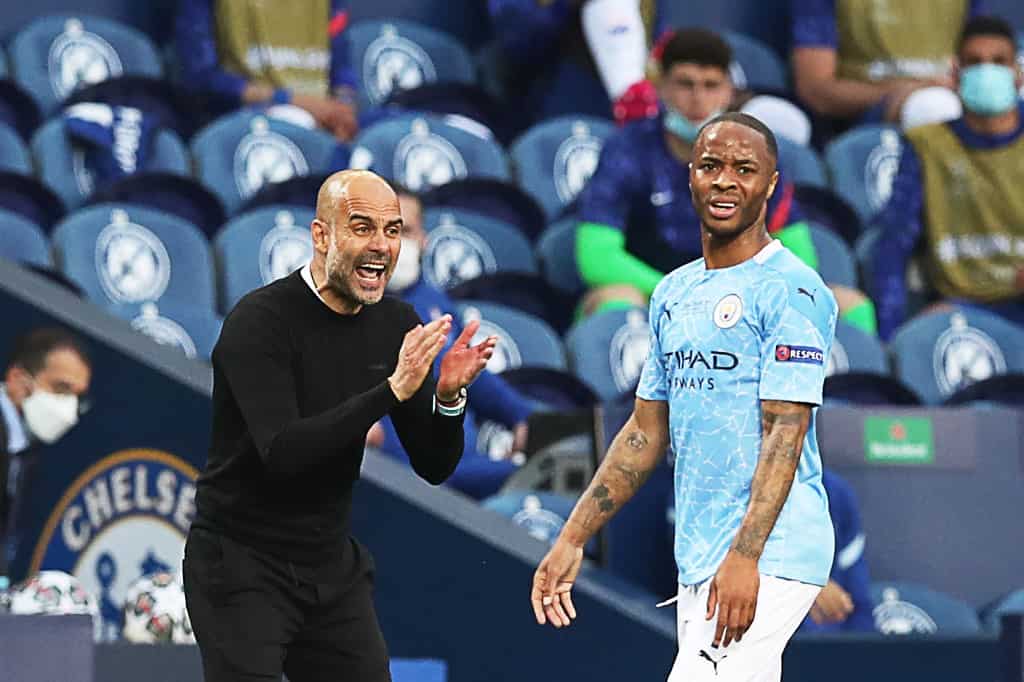 Patience out of the building

Manchester City’s game, under Pep Guardiola, has been based on “patience” and trying to find the space for the perfect pass in front of the goal. But surprisingly, the team which won three Premier League titles, an FA Cup, four League Cups – on the trot, two Community Shields and reached the final of Champions League, with the same approach was set-up to play in a completely contrasting style.

At one point, the likes of Sterling, Foden, De Bruyne and Mahrez were hugging Chelsea’s defensive line with the hope that one of the defenders or Gundogan would find the long ball penetrating the resilient and stubborn defense. This is where Guardiola got it completely wrong, by forcing a style that doesn’t suit how Man City play. The forced style by Guardiola left Man City in the lurch, neither they were able to get on with their usual passing, pressing, position game; nor did they manage to counter-attack when spaces opened. There were plenty of long-balls played, but again, this is not how Man City are accustomed to playing.

"We expected Fernandinho in the line-up, to start. He chose a very offensive line-up, a very tactical line-up. It's very hard to steal and recover the ball. Everything else we more or less expected,” said Chelsea boss and now a UCL winner, Thomas Tuchel. 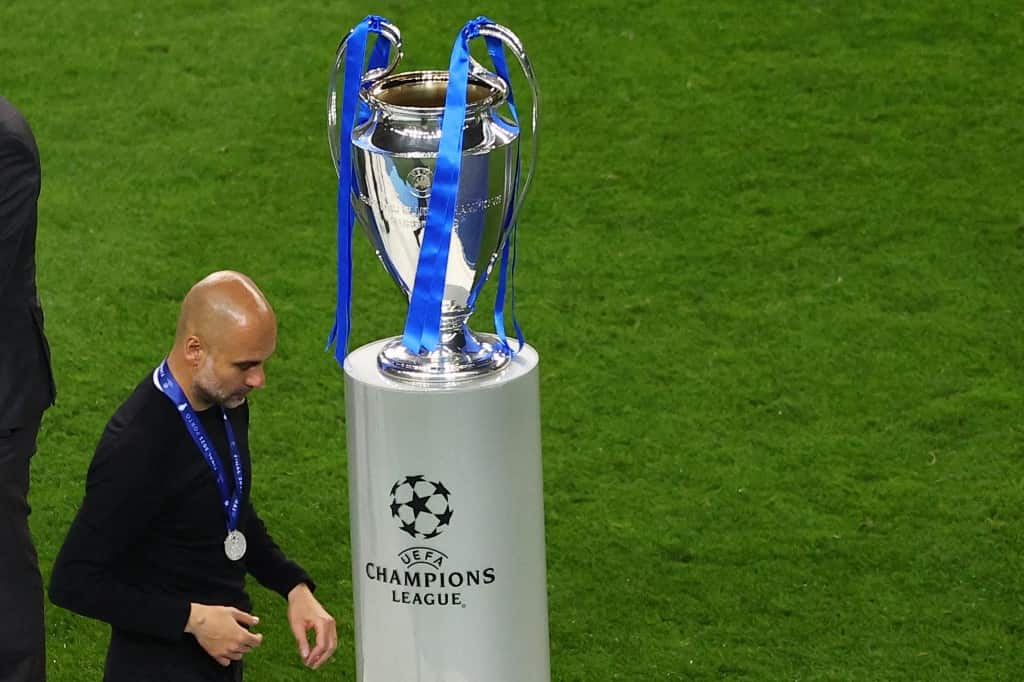 Manchester City could have had a perfect ending to a difficult 2020-21 season but the curious stat of debutant UCL finalist failing to win the coveted European trophy continues. While the long wait for the Champions League trophy continues for the Cityzens, the fans will be proud of the heights the club has reached in the last decade or so.

While an xG of 0.52 on the biggest night of Manchester City was underwhelming, a Premier League trophy and League Cup along with a Champions League final appearance is a terrific achievement for Manchester City. But they must find a way to overcome the heartbreaking defeat and get going again in the next season, like they have, on so many occassions.