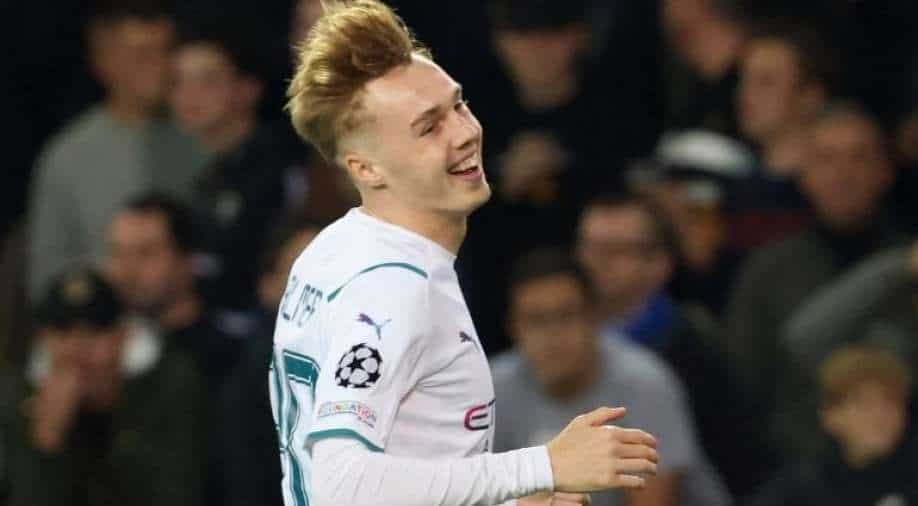 Manchester City defeated Club Brugge by 5-1 in the Champions League in which Cole Palmer scored a maturely taken goal.

Manchester City’s latest home-grown starlet Cole Palmer announced his arrival on the European stage on Tuesday with a maturely taken goal that had manager Pep Guardiola purring over his ability.

The 19-year-old midfielder came on for the last 25 minutes and scored the fourth in a 5-1 victory as the English champions ran riot in Belgium against Club Brugge to put their Champions League campaign back on track.

Palmer, who joined City at under-8 level, has made two substitute appearances in the Premier League this season and scored in the League Cup against Wycombe Wanderers last month, but his left-footed finish in Bruges hinted at much more to come.

"Cole has a special quality in front of the box, a talent that is difficult to find,” said Guardiola after Tuesday’s one-sided triumph.
"When he has the ball there, most of the time it ends up in the net. It’s difficult to find that.”

But the Manchester City manager made it clear Palmer would be brought along slowly.

"I know how it works with young players. We have to be calm and patient.

"His place is the second team but at the same time he trains with us and works with our principles,” added the manager.

Palmer became only the third teenager to score for City in the Champions League after Phil Foden and Kelechi Iheanacho and, at the age of 19 and 166 days, he is the 10th youngest Englishman to score in the competition.

"I`m happy with the goal. He could have done a few actions a little bit better, but that is normal. It is experience," added Guardiola.