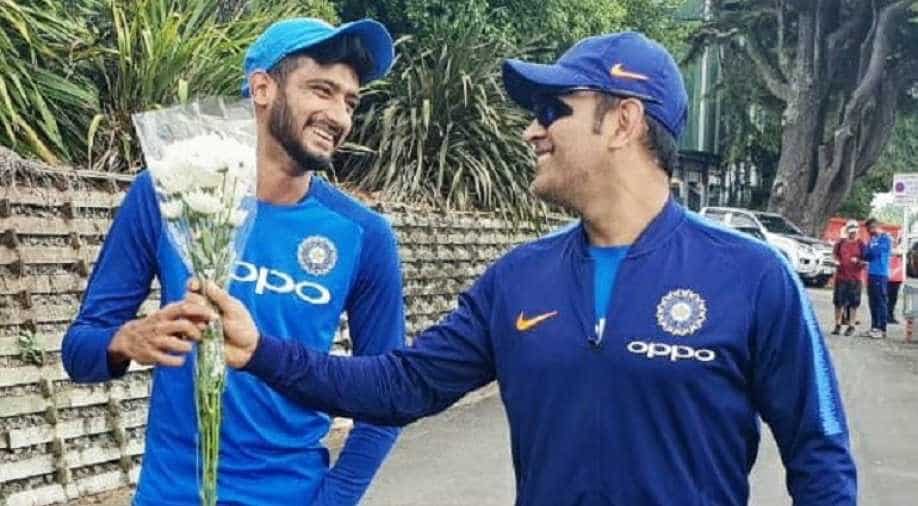 Khaleel took to Twitter to share a picture with the experienced wicket-keeper batsman calling him a 'legend.'

India's young cricketer Khaleel Ahmed is a huge admirer of former Indian captain MS Dhoni and never misses out an opportunity to express his admiration for him.

Ahead of the fourth ODI between India and New Zealand, Khaleel took to Twitter to share a picture with the experienced wicket-keeper batsman calling him a 'legend.'

"Nobody like him #MahiBhai #Legend #IndianCricketTeam," Khaleel wrote on Twitter with a picture of him and Dhoni ahead of the Hamilton clash.

The speedster is trying hard to establish himself as a reliable pace option. He displayed a good show in the limited-overs series against West Indies and Australia.

He has so far remained on the sidelines in the ongoing series against New Zealand but is expected to return to the playing XI in the fourth ODI against the Kiwis.

India have only a handful of games remaining ahead of the 2019 World Cup marquee event, which makes the remaining two ODIs against the hosts a lot more relevant as the team management will be looking to test the bench strength